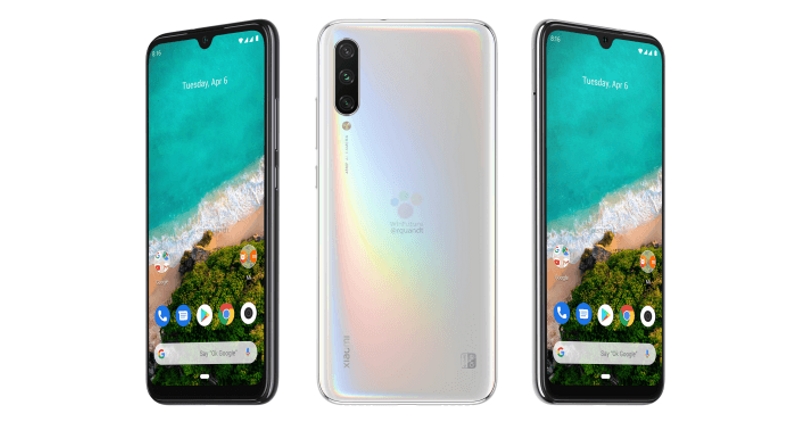 Xiaomi has been teasing the Mi A3 smartphone launch for quite a while now. Recently, the brand shared a quick Quiz on its social handles. Manu Kumar Jain, VP of Xiaomi, clearly showcased what appears to be the new Android One smartphone from the house of Xiaomi.

So, there’s no mystery which device would be coming during its August 21st announcement in India. But Xiaomi still wants us to guess, well, your guess is as good as our, after watching the Quiz video shared on Twitter here. While that was yesterday, today, Xiaomi has shared the official launch poster of its new Android One phone.

Lucky winner gets the upcoming #Xiaomi device. Just watch the full video and answer the question that comes with #XiaomiAndroidOne & tag @manukumarjain.

Mi A3 – Will India receive the same model launched in Spain?

The new handset will be named Mi A3, but there are chances that it won’t sport the same specifications as seen on the Mi A3 launched in Spain. To recall the specification of the Mi A3, it was launched with a 6.08-inch HD+ AMOLED display, new Snapdragon 665 processor based on 11nm process. Paired with 4GB of RAM and up to 128GB of storage, it runs on Android 9.0 Pie stock experience.

Sporting an in-display fingerprint sensor on its display. The handset comes with the triple rear camera setup, where the primary lens is of 48MP resolution. It’s the SonyIMX586 sensor with f/1.79 aperture. The second lens will be of 8MP, it’s the ultra-wide-angle lens with 118-degree FOV (Field of View). The third lens will be of 2MP resolution, which will be a depth sensor. On the front, it will be packing a 32MP selfie shooter.

The Mi A3 features a gradient 3D curve back with Corning Gorilla Glass 5 protection. It packs a 4030 mAh capacity battery, which supports Quick Charge 3.0 18W fast charging. But unfortunately, it comes with 10W charger in the box.

What do you guys think of the Mi A3? Will India receive a different specification model in India?  Let us know in the comment section below.