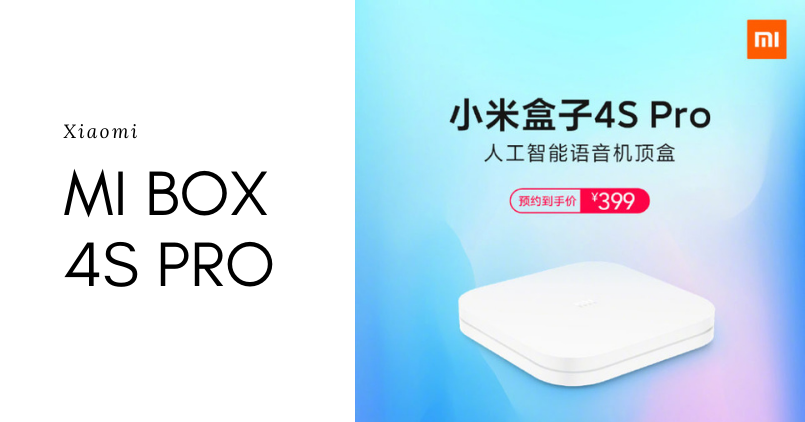 Xiaomi has announced the Mi Box 4S Pro streaming player in its domestic market. It is a significant upgrade to the Mi Box 4K launched in India, in early May. It is significant because it now has 8K video decoding capabilities, which is first from Xiaomi.

The latter, as the name suggests, comes with Pro capabilities. The first one and the most prominent one is the 8K playback capability. It is the first streaming device from Xiaomi to support 8K video playback. Also, this is reportedly one for the few streaming Android devices that can stream 8K video. 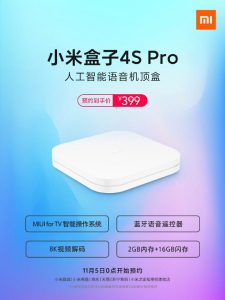 While the technical details of the Mi Box 4S Pro are not out yet, there are few which are official. It includes HDMI 2.1 support, instead of HDMI 2.0 that we have seen on the Mi Box 4K. The new streaming device from Xiaomi also has 16GB of internal storage coupled with 2GB of RAM. The device also equips with voice control options via Bluetooth.

On the software front, the Mi Box 4K shipped with Android 6.0 platform. However, since the Mi Box 4S Pro launched in China, it ships with MIUI operating system out-of-the-box.

The new streaming device will be up for pre-order in China starting November 5th. The Mi Box 4S Pro 8K starts at CNY 399 (Rs 4,460 approx.). To recall, the Mi Box 4K launched at Rs 3,499 in India. The release in the Indian or global markets of the 4S Pro is still unknown.