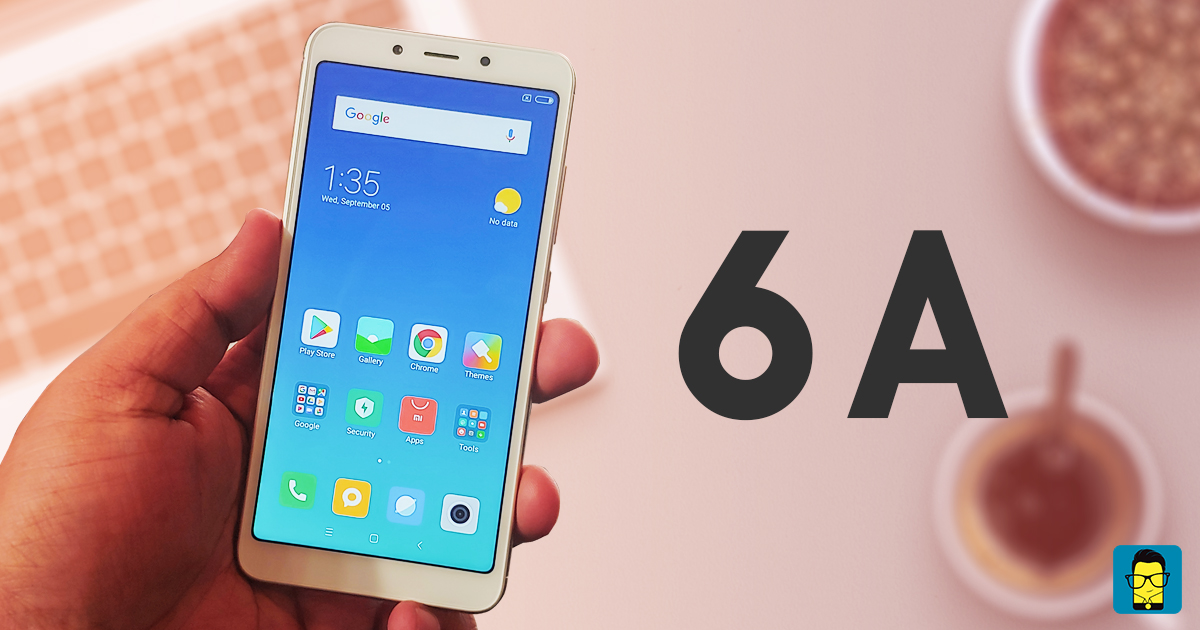 A large part of Xiaomi’s growth in India has been dictated by the phenomenal Redmi 5A sales in the country. For first time users, the Redmi 5A was a great first phone. The Redmi 6A is a solid upgrade over its predecessor, at least on paper. The phone is priced at Rs 5,999 for the 2GB+16GB variant and Rs 6,999 for the 2GB+32GB variant. But note that these are only introductory offers and could be increased in another two months if the rupee’s value against the dollar keeps falling.

I spent some time with the phone at the event and here are my first impressions. 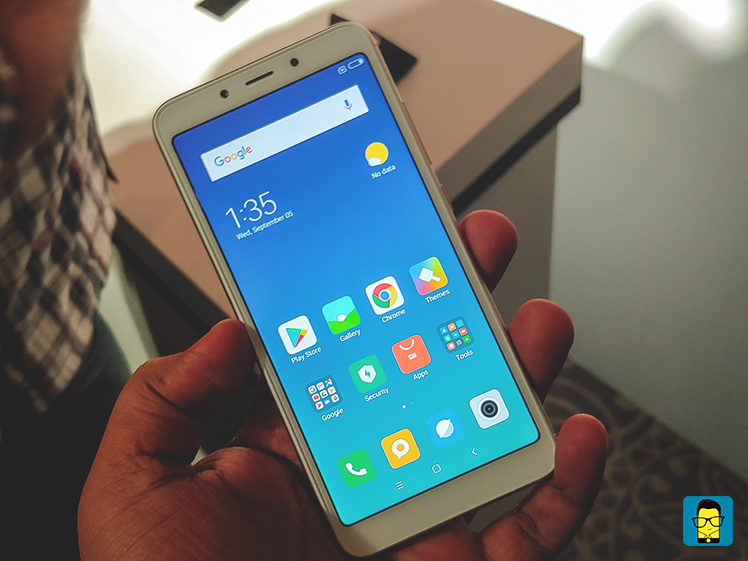 The Redmi 6A’s most prominent design change is its 5.45-inch 18:9 aspect ratio IPS LCD panel. It is a basic 720p panel that should suffice for daily usage. Also, the new aspect ratio helps increase the screen estate. The rear is still made of plastic with a brushed aluminium finish. The new curved arc design makes it easy to hold in one hand.

On the rear, you get a single camera with a flash module on the top left corner. The 6A’s speaker holes are on the rear panel. So, the sound will get muffled when you place it on a surface. I am not a fan of this design ideology. You’ll notice that there is no fingerprint scanner on the rear. Well, Xiaomi has included only face unlock instead like the Realme 1. 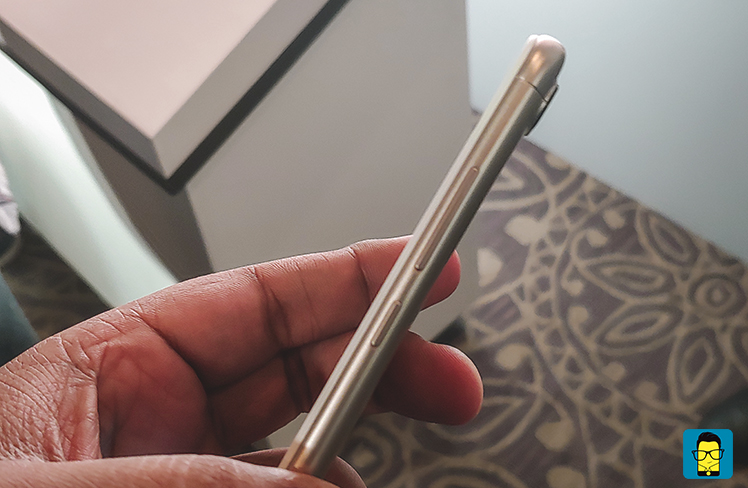 On the bottom edge are the Micro-USB port and the single microphone. The 3.5mm jack and another microphone are placed on the top. There is no infrared port, though. Above the display on the front, you can find the earpiece, flanked on either side by the front camera and the ambient light sensor. The power button and volume rocker are placed on the right edge, which is standard.

But what’s not very standard, is you get two separate trays. One tray accepts a Nano SIM card and a memory card whereas the other one only accepts a memory card. The one thing that will have a lot of potential Redmi 6A buyers excited is the fact that it comes with support for Dual VoLTE and dual-standby.

For most first-time smartphone users, the design is meant to be approachable and comfortable. In that regard, the Redmi 6A doesn’t disappoint. 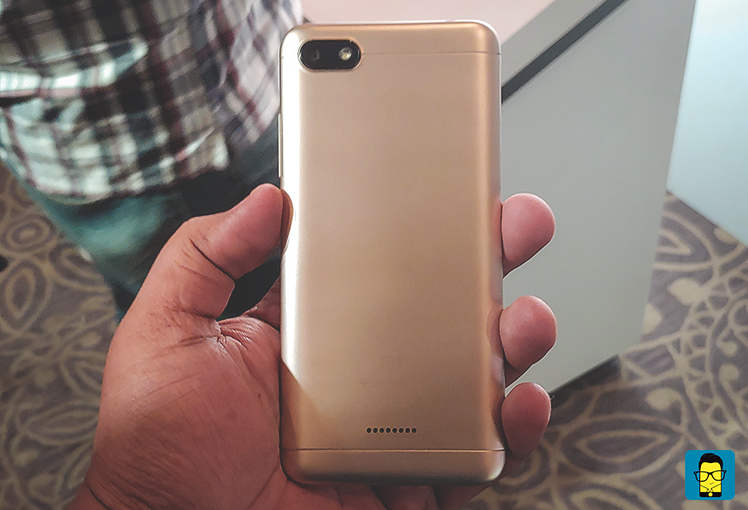 Redmi 6A: Qualcomm to MediaTek in a snap

Xiaomi has moved from a Qualcomm to a MediaTek SoC for the Redmi series. Looks like that the court order by Ericsson barring Xiaomi from launching MediaTek phones in India, is over now. In any case, you get a more powerful MediaTek Helio A22 quad-core processor, which is based on a 12nm FinFet technology. It is supposed to be more power efficient and offer a better performance than the Snapdragon 425 inside the Redmi 5A.

Evidently, the Redmi 6A has higher AnTuTu scores than the Redmi 5A. Obviously, I didn’t have enough time to test it but it felt fairly smooth in my very, very limited time with it. Although, it is a pity that the phone doesn’t have a variant with 3GB of RAM. 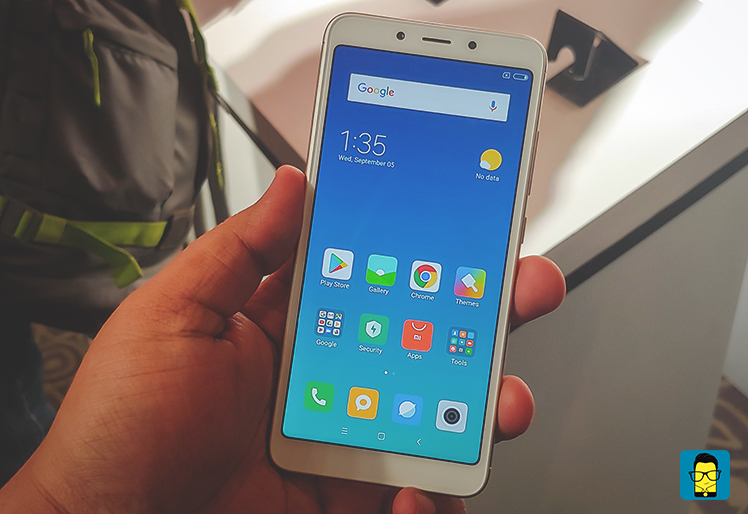 The phone has a 3,000mAh battery, which should last you a day’s worth of usage. You get MIUI 9.6 running on Android 8.1 Oreo but Xiaomi has promised an update to MIUI 10 soon. So, that’s definitely a good thing.

The most interesting update to the cameras on the Redmi 6A is the fact that the rear 13MP camera offers EIS for video recording. That’s a baller move for a budget phone by Xiaomi. Also, you get phase detection autofocus, which should improve shot-to-shot time. On the front, you get a 5MP selfie camera with the ability to do portrait shots. However, I couldn’t test any of this at the launch event. You will have to wait for our verdict on the cameras. 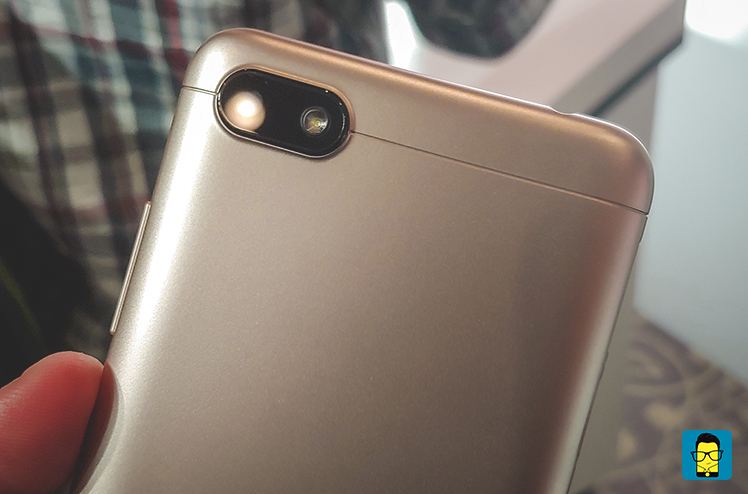 In whatever little time I had with the phone, I could make out that the Redmi 6A is indeed a solid upgrade over its predecessor. And it might be too early too say this, but for a lot of first-time buyers this phone is going to be an easy recommendation.

That said, you know us. Our full review will be able to give you a better verdict. So, stay tuned.