Xiaomi Redmi 6A, Redmi 6, and Redmi 6 Pro is official in India: price, specs, and availability 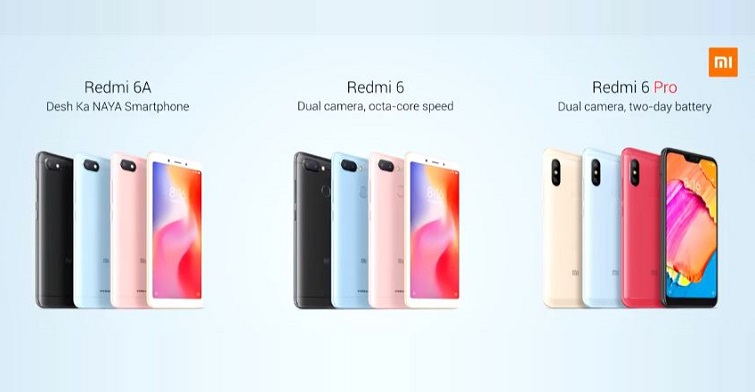 Today, Xiaomi has introduced quite the line-up, which it is referring to as “Desh Ke Naye Smartphones”, meaning Country’s new smartphones. Where the brand deliberately touts that its new Redmi line-up has everything to offer in a budget-friendly price segment. The Redmi 6A price starts at Rs 5,999, Redmi 6 will retail for Rs 7,999, and Redmi 6 Pro will fetch you Rs 10,999. These new phones would be available on Amazon as well as Flipkart and Xiaomi’s own online store. 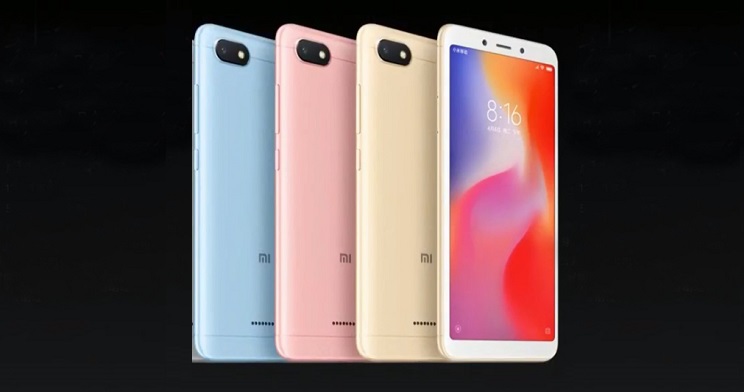 This will be an upgrade to the Redmi 5A, cheapest among the new series, it comes with a decent set of specifications for the price tag. The internals includes Quad-core MediaTek Helio A22 SoC, up to 3GB of RAM, up to 32GB of storage, and microSD card support. It will be running on the MIUI 9 based on Android 8.1 Oreo OS.

The display is of 5.45-inch HD+ resolution with 18:9 aspect ratio. As far as the camera department is concerned, it will have a single 13MP f/2.2 aperture rear camera and a 5MP f/2.2 aperture front snapper. Unfortunately, it doesn’t come with a fingerprint sensor but instead Face Unlock. All this is powered by a 3000 mAh capacity battery. It will go sale from September 19 at 12 PM. 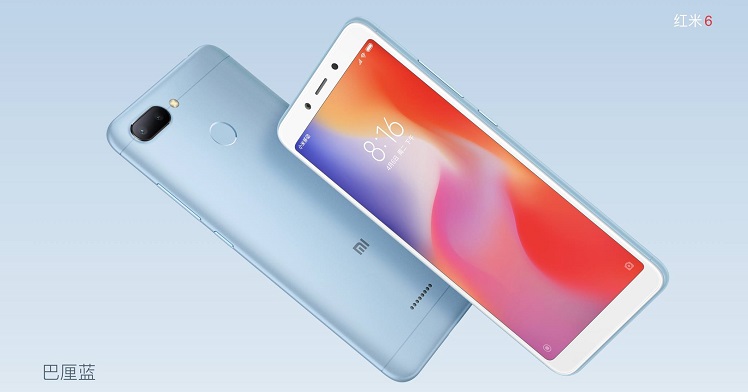 Now comes the Redmi 6, which a successor to the Redmi 5 and a good upgrade comparing the camera specs especially. The new handset comes with a dual rear camera setup, 12MP + 5MP, where both the sensors have a f/2.2 aperture. The front camera is of 5MP resolution. Talking about the internals, it is powered by a MediaTek Helio P22 processor, which is an Octa-core chipset. The RAM and storage capacity goes up to 4GB and 64GB, respectively. 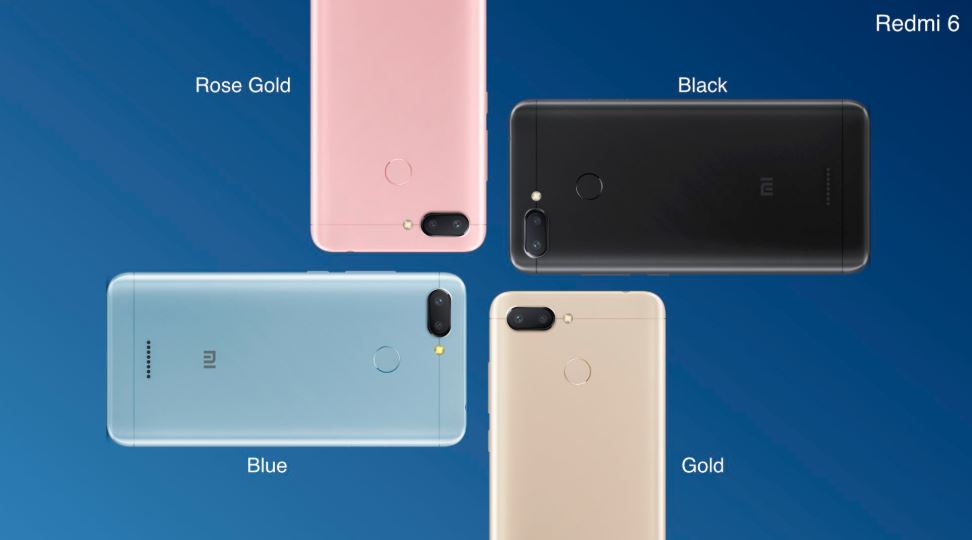 There is a rear-mounted fingerprint sensor, but Xiaomi teases the Face Unlock facility on its new Redmi 6 smartphone. The display size is of 5.45-inch, similar to the Redmi 6A, the resolution is at HD+ and it’s an 18:9 aspect ratio display. It will be running on the MIUI 9 based on Android 8.1 Oreo OS. All this would be powered by a 3000 mAh capacity battery. The sale starts from September 10th.

This is the third handset in this range, and isn’t necessarily a successor to any phone, as there was no Redmi 5 Pro handset in India. The new Redmi 6 Pro comes with much known Snapdragon 625 processor, which is aided by up to 4GB of RAM and up to 64GB of internal storage. The screen size of this one is bigger than the other two models; Redmi 6A and Redmi 6, at 5.84-inch. Plus, it offers higher resolution at 1080 x 2280 (full-HD+) and comes with a 19:9 aspect ratio. This will be first Redmi phone in India with a notch display. 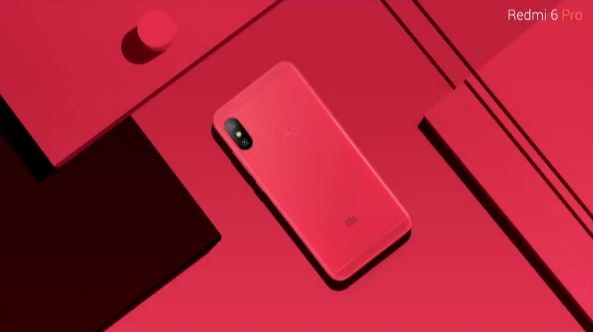 Looking at the dual rear camera setup, where the primary lens is a 12MP lens and secondary lens is of 5MP resolution. The front camera is of f/2.0 aperture. Xiaomi talks a lot about the AI-portraits on its new Redmi line-up, and that same has been implemented on the Redmi 6 Pro as well. The depth sensor helps in capturing beautiful bokeh effects. This one supports HDR unlike the other two handsets in series. 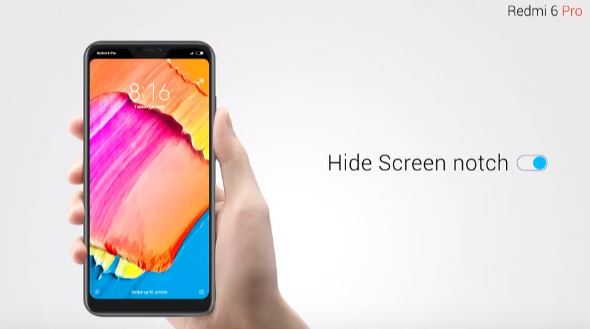 As far as the connectivity is concerned, the Redmi 6 Pro offers Infrared, which is again missed out on other two new Redmis. The battery juice is at 4000 mAh capacity and there is a fast charging support. Apart from the rear-mounted fingerprint sensor, it comes with an AI face unlock. The sale will start on September 11 at 12 PM.

To sum up the pricing: