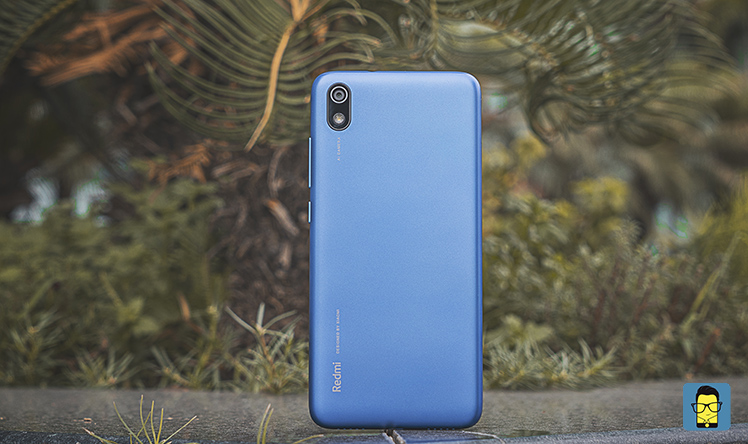 The Redmi 6A was a bit of a disappointing smartphone. But, one look at the specs of the Redmi 7A and you know Xiaomi is back with yet another budget hit. In fact, their budget Redmi 5A is still one of the most selling Android smartphones of all time. But today, we are obviously taking a look at the newly-launched Redmi 7A and if it has what it takes to stand out in the ultra-budget segment.

Also read: Xiaomi Redmi 6A review: Made for India 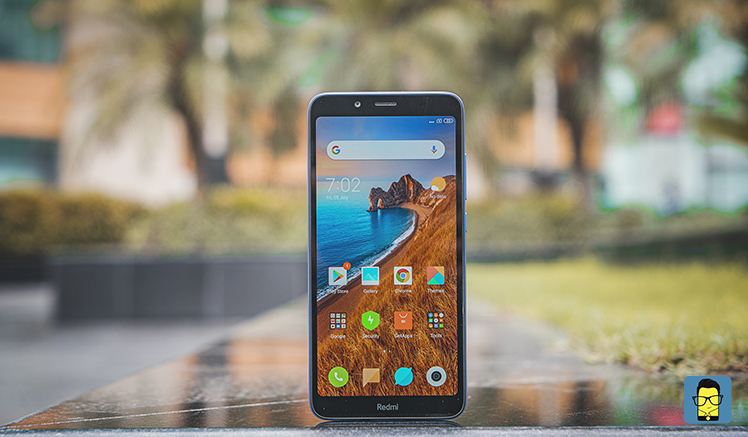 Our Matte Blue variant of the Redmi 7A looks really nice from the rear. You also get a Matte Gold and Matte Black options. Now, the phone is made of plastic and is a fair bit chunky as well. That is mostly due to the fact you now get a larger 4000mAh battery inside it. However, despite the girth, there is a very slight camera bump that could’ve been avoided somehow in my opinion. The matte finish feels especially nice to the touch. At the bottom, you get a micro-USB port with speaker grilles on either side. The plastic power button and volume rocker are on the right edge and convenient to use. You also get a triple slot with a dedicated slot for a memory card. The 3.5mm headphone port is on the top edge. 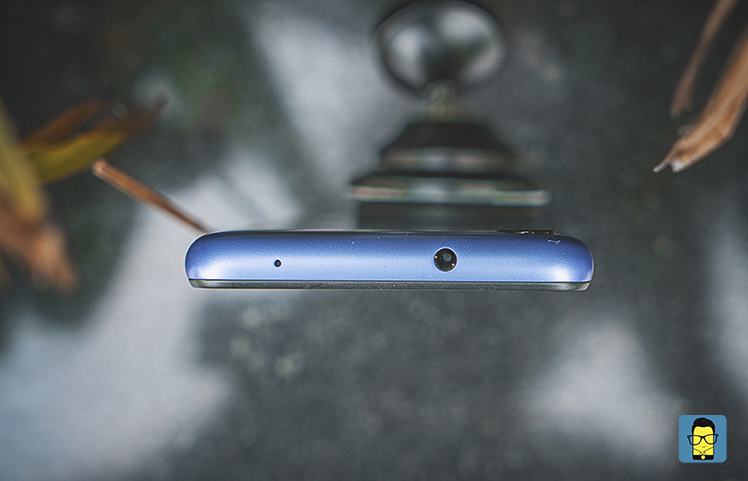 Evidently, to cut costs Xiaomi has removed the fingerprint scanner, which makes sense. That said, Xiaomi has added a face unlock option and it is overzealous in unlocking your phone. Obviously, it doesn’t feel very secure.

On the front, you get a small 5.45-inch display and thick bezels around it. This is a tried-and-tested design that existed before attempts to create a full-screen display with notches, punch-holes, and pop-ups. Pretty old-school if I must say so. The display is your standard HD+ panel that is fairly crisp but with average brightness levels and viewing angles. This is okay considering the price of the phone. 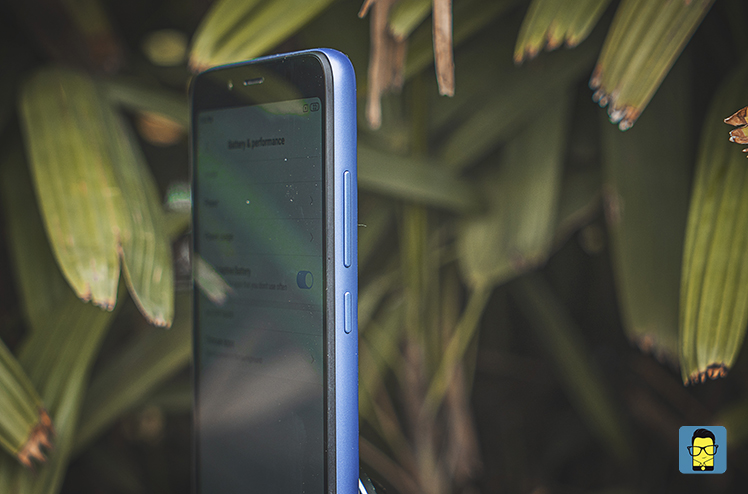 Now, overall though, the Redmi 7A’s design is not as exciting as the Realme C2’s from the front and the rear. Design-wise, the scales are tipped in the C2’s favour in my opinion. Not like the Redmi 7A is bad-looking but it is just that the C2 ups the ante entirely in this price segment. That said, Xiaomi has one trick up its sleeve and that is the 2-year warranty on the Redmi 7A. Also, the entire phone is water resistant and that is a major, major advantage Redmi here.

Redmi 7A: fairly powerful hardware but the same MIUI 10

The Redmi 7A comes with SD439 chip inside. You also get two RAM/ROM variants – 2GB/16GB and 2GB/32GB. I mean a 3GB variant would’ve been nice but we shall take what we get now. In my very limited time with the phone, it felt fairly fast but not without stutters. It is a budget phone after all. Also, I wouldn’t keep my hopes up on it performing as fast in the long run. You should try not to stress the phone too much either. For example, it can play PUBG but I’d suggest you stick to playing Subway Surfers instead on the phone. 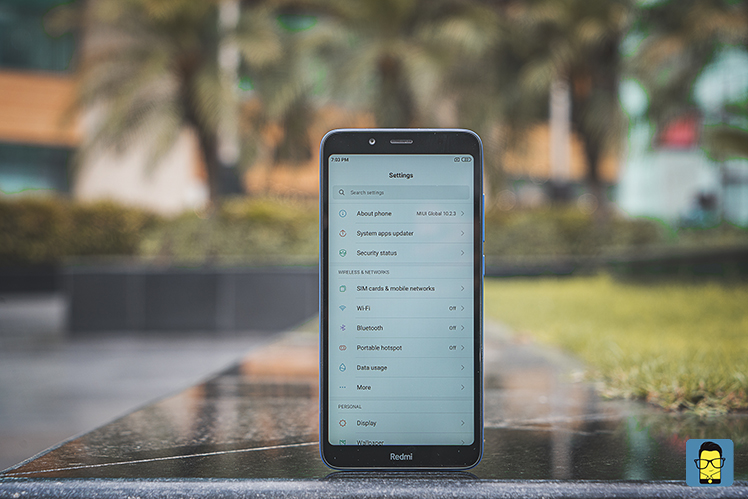 As for the software, you get MIUI 10 with Android 9 Pie and of course…ads. Anyway, that’s a story that continues to haunt Xiaomi users so I am not going to talk much about it. That apart, I noticed that there is the new Mi Credit app pre-installed on the phone. Through this app, MIUI users can get loans and I think this is a smart move by Xiaomi considering the 7A is a proper budget phone.

Redmi 7A: best camera on an ultra-budget phone? 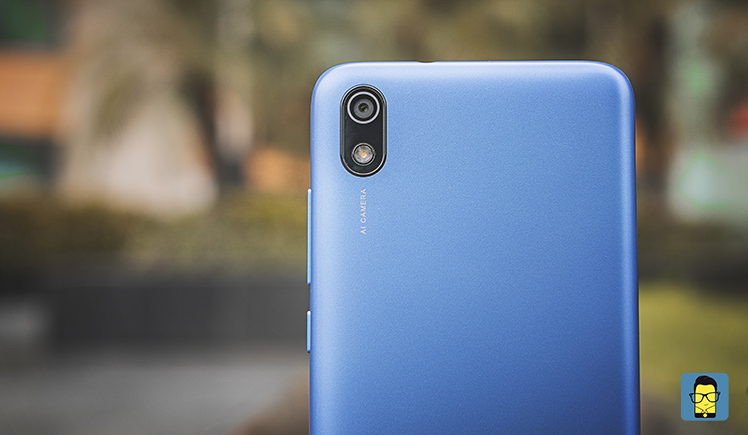 Xiaomi India is proud of the fact that the Redmi 7A comes with the IMX486 sensor, which is the same as the one inside the Mi A2. Now, here’s the thing. Don’t go expecting Mi A2 level pictures because that’d be expecting a lot! But, what I see is that the processing is similar to deeper contrast in pictures, which also means crushed shadows. However, the resulting pictures look great for a budget phone for sure. That said, there is no software-induced portrait mode on the rear camera, which exists on the front by the way. Just a really weird decision. 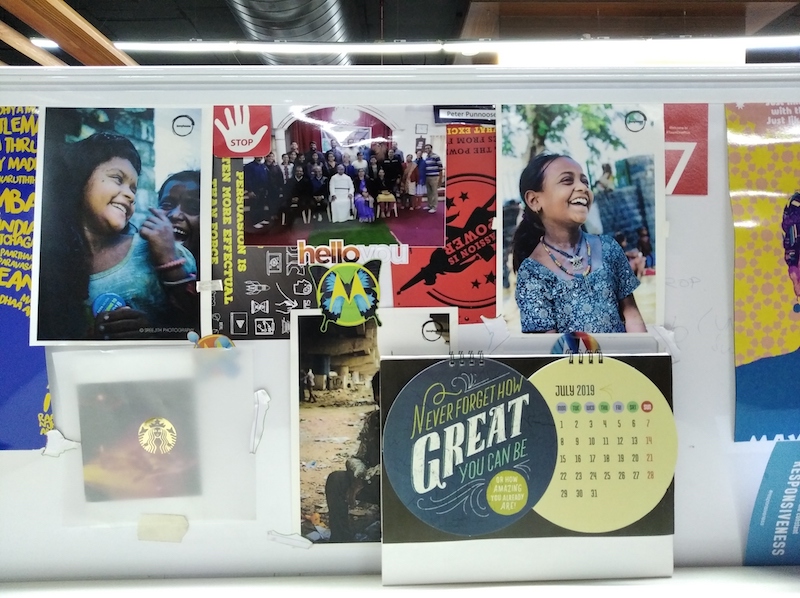 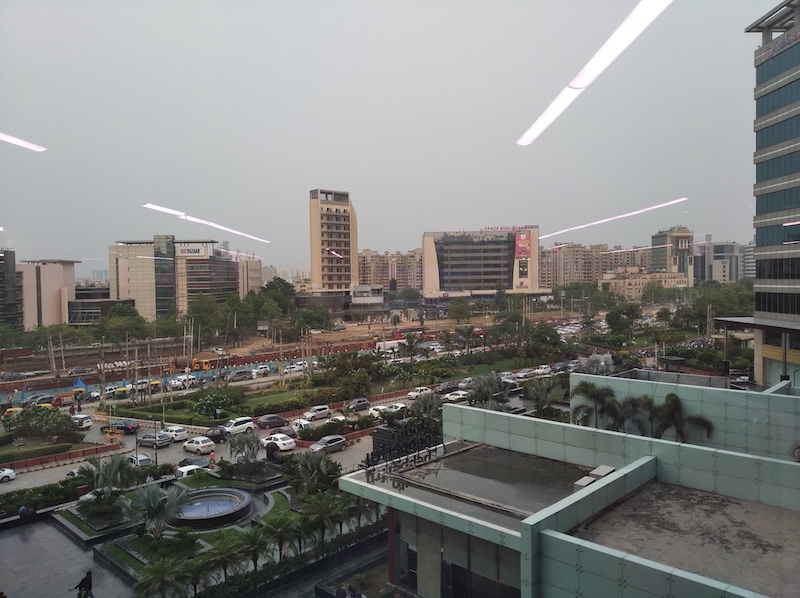 In fact, I quite liked the selfie pictures from the 5MP front camera. You can take a look at our initial pictures here. More in our full review. 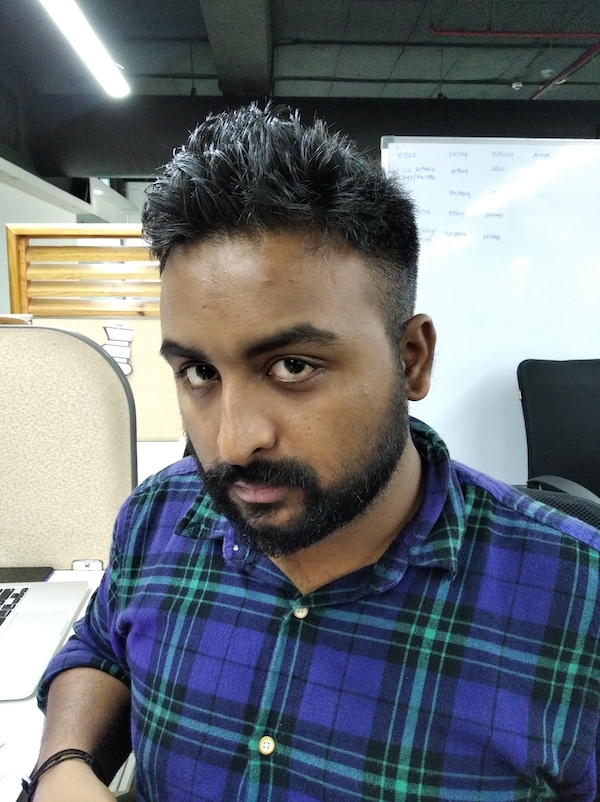 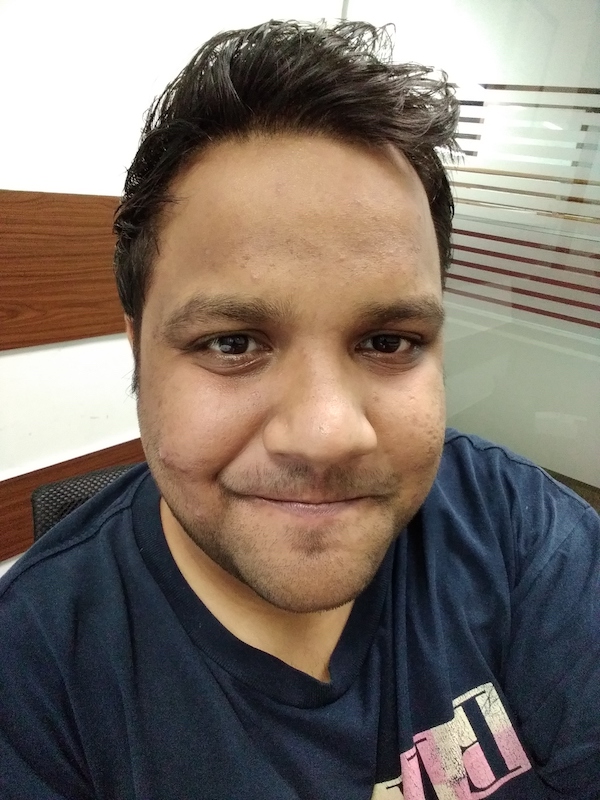 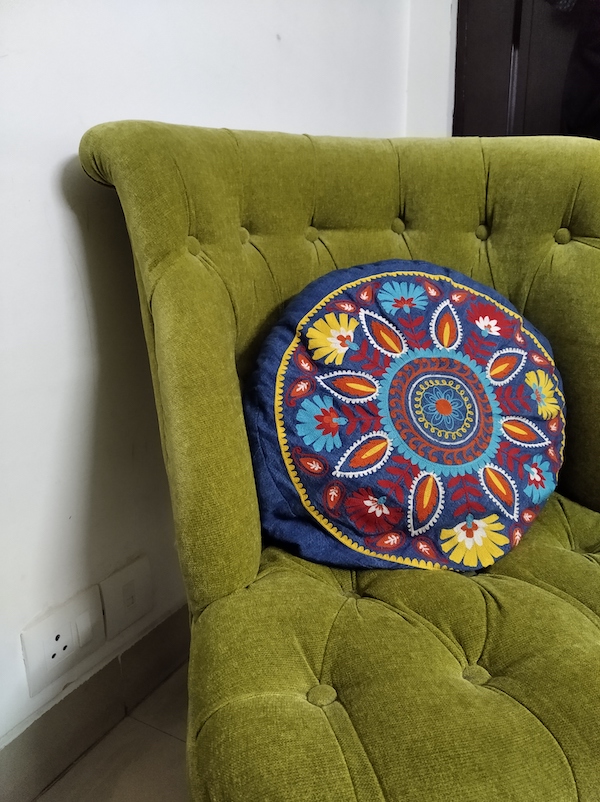 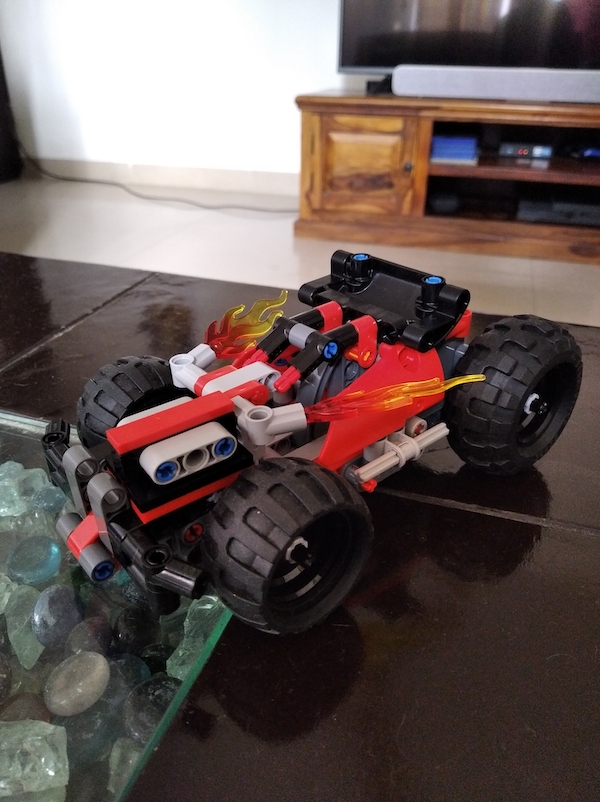 Closing thoughts on the Redmi 7A

The Xiaomi Redmi 7A definitely improves upon its predecessor but the competition is tough now. The Realme C2 is a seriously good phone with a similar-level of spec as well. So, you will have to choose carefully, which phone you must pick. Do let us know if you want a comparison of the two phones.