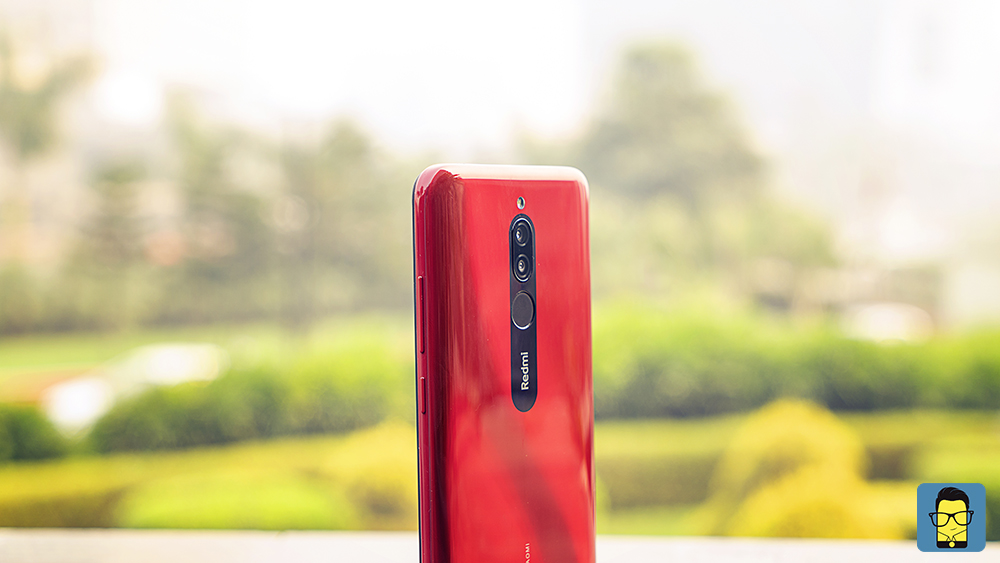 It’s been a while that I’ve lived life on the other end of the spectrum, which is using a budget device as my daily driver. So, when the Redmi 8 launched, I decided to give it a shot, considering how it packs in some great specs in a good looking body at a very affordable price. And honestly, I’m surprised at how great this phone is. I’ve been using it as a daily driver for a week now, and there are only a handful of things that I miss from my premium flagship device. So, what makes the Redmi 8 such a great device? Allow me to explain in my Xiaomi Redmi 8 Review.

Right off the bat, the first thing that attracted me to this device was its looks. Honestly, the Redmi 8 looks like a very premium device, with a shiny back and curved body. Upon holding it, most of the feelings about the design still stay intact. Yes, it is actually a plastic build, but it is of very high quality. Add to that, the sweet Aura Mirror design and the Redmi 8 looks absolutely stunning. I have the Ruby Red color variant with me, which I feel is the best of the lot. There’s also the Sapphire Blue and Onyx Black color variant, but personally, I feel the Red colour variant is the one to go with. Using the device in your hand, you can feel the 188g weight. It’s not the heaviest phone out there, but for its form factor, it does feel quite bulky. 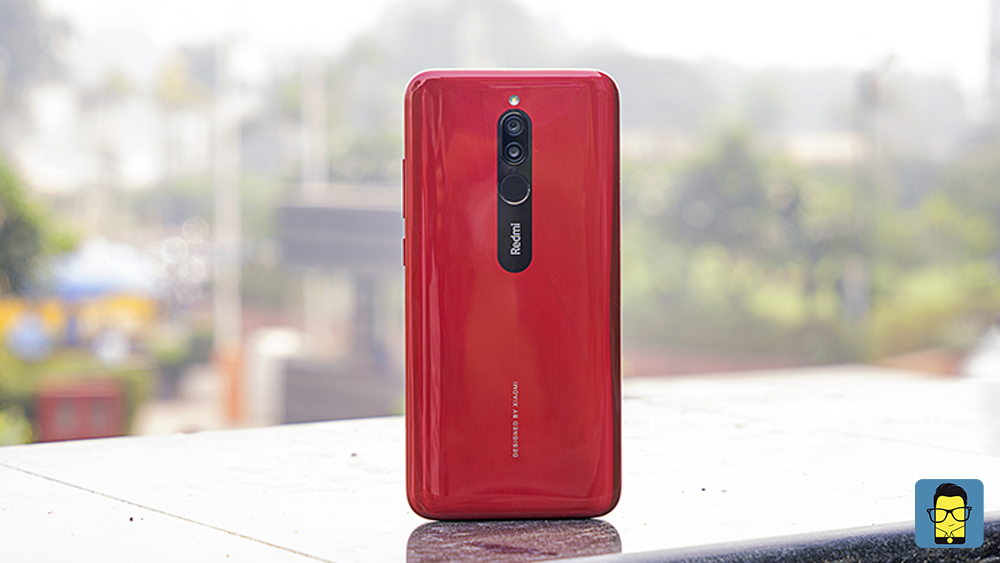 Over to the front side, you have a gorgeous 6.22-inch HD+ display that comes with Corning Gorilla Glass 5 protection. There’s a waterdrop notch at the top, and you can notice the side bezels as well. There’s also a decently-sized chin at the bottom that houses the Redmi logo. It’s far from obstructive, and at this price point, you can hardly complain. 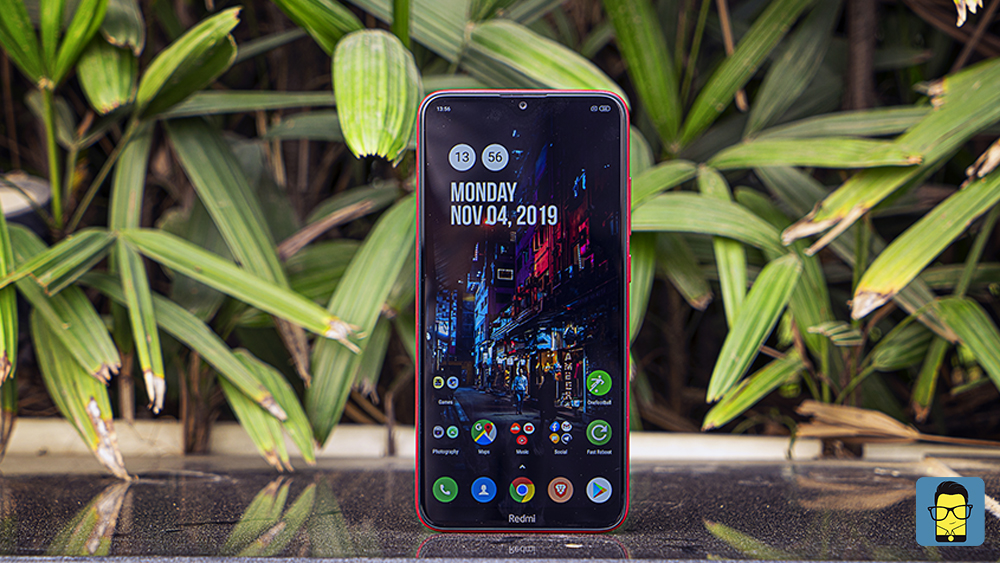 The buttons here are also very well positioned. You get the volume rockers followed by the power button on the right side while the left side is left alone for the three-card SIM tray. There’s a noise cancellation mic at the top alongside an IR blaster. Over to the bottom, you get a 3.5mm headphone jack, a USB Type-C port, and the mono speaker setup. It’s great for a budget device to not only satisfy the budget needs of a 3.5mm headphone jack but also comply with the modern trends of a Type-C port. 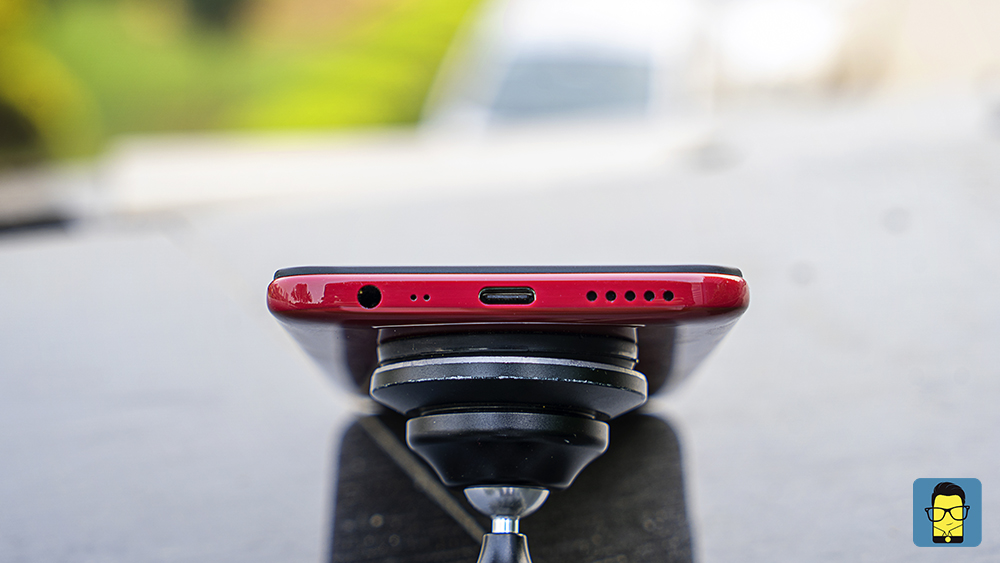 On the whole, the Redmi 8 feels like a polished product, designed while keeping the budget market in mind. It is something that definitely catches your eye with its looks, and doesn’t give the impression of being super cheap while actually being light on your pockets.

The Redmi 8 packs in a 6.22-inch HD+ display with a resolution of 1520×720 and 270 ppi. On paper, that sounds low, but then again, for its price, I don’t really mind it. Yes, there are cases in which the content looks slightly pixelated, but that doesn’t happen too often and is mostly something you can get by. Also, the bezels barely make their presence known when you’re using the device, which is great. That said, my main complaint is with the panel itself. 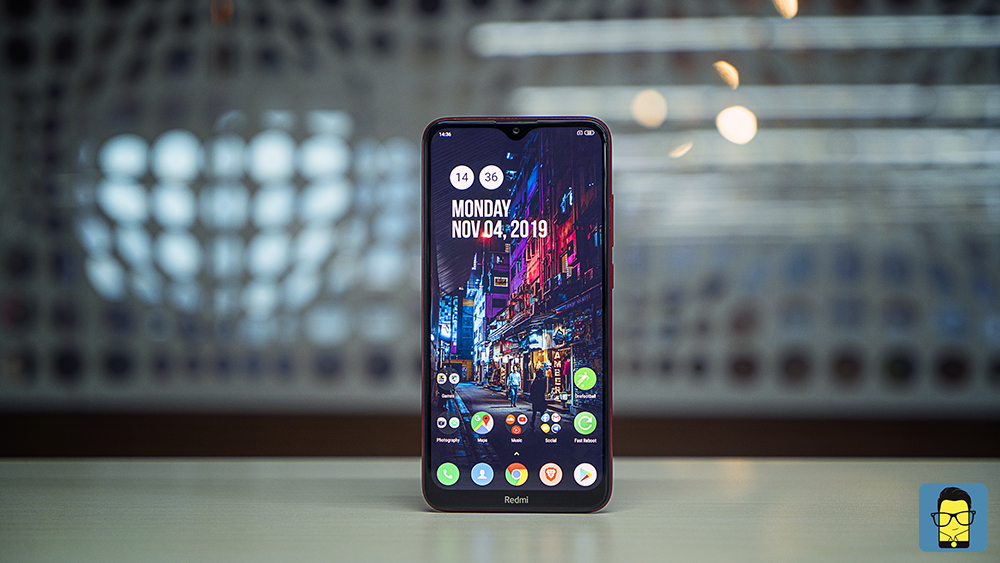 For starters, the display doesn’t get too bright. For outdoor usage, it is really hard to use the device. I literally had to use one hand to keep shade on this to use this under direct sunlight. Secondly, the color reproduction here is not good. Now, I know this is no AMOLED display, but even for an LCD display, the content feels washed out. 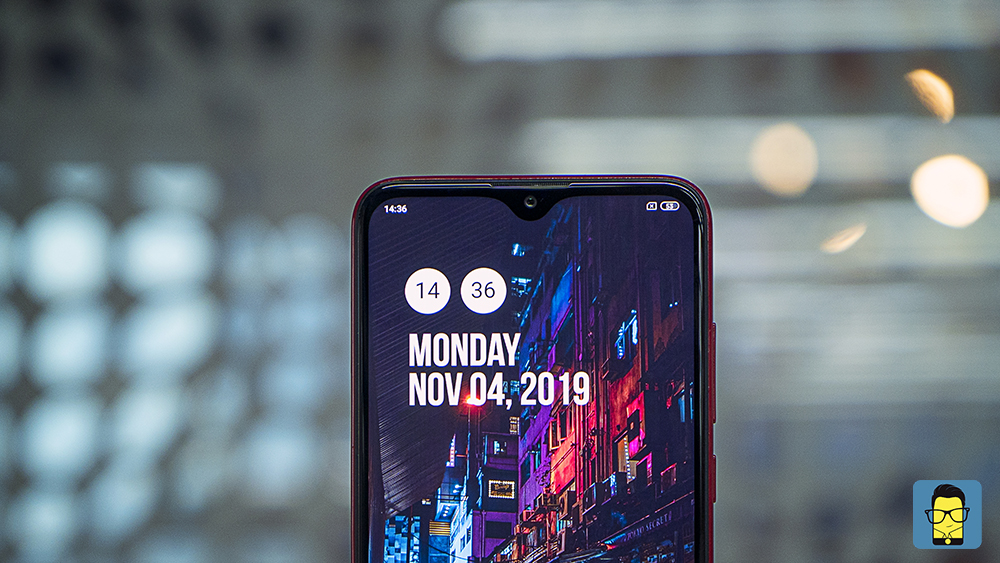 Thankfully, there is Gorilla Glass 5 protection here at least, which means I didn’t have to be super protective of the device. It fares well against normal wear and tears, and the device was constantly in my pockets alongside car keys and there are no scratches as such to be reported. Overall, while I’m fine with the resolution of the device, I just wish that the panel was a tad bit color accurate, which would have really uplifted the entire experience.

The Xiaomi Redmi 8 comes with MIUI 10 based on Android 9 Pie. While I’ve never been a fan of MIUI, I have to admit it feels really polished, especially on a device like this. It comes with all the features we’ve seen on MIUI, but what really sets the tone apart are the ads. Yes, they are still here, and it is evident that Xiaomi is not hiding from that. There are ads when you install an app when the app goes through a security check when you open the browser when you try to play a video when you want to use the launcher when you want to change settings. Basically, there are ads whenever you want to use the phone. Can they be disabled? Yes. In fact, I have a very handy video of the same linked below.

That said, the end-user experience is clearly harmful, especially when alternatives are there that offer an ad-free experience. It’s not a complete deal-breaker, and it’s come to a point where we all know that buying a Xiaomi device does mean having to battle with ads, but as a critic, you have to be fair and deduct points for this sort of experience.

The Xiaomi Redmi 8 packs in a dual-rear camera setup comprising of a 12MP standard shooter with an f/1.8 aperture alongside a 2MP depth sensor. For selfies, there’s an 8MP shooter up front. The device is not built for photography enthusiasts but it gets the job done. 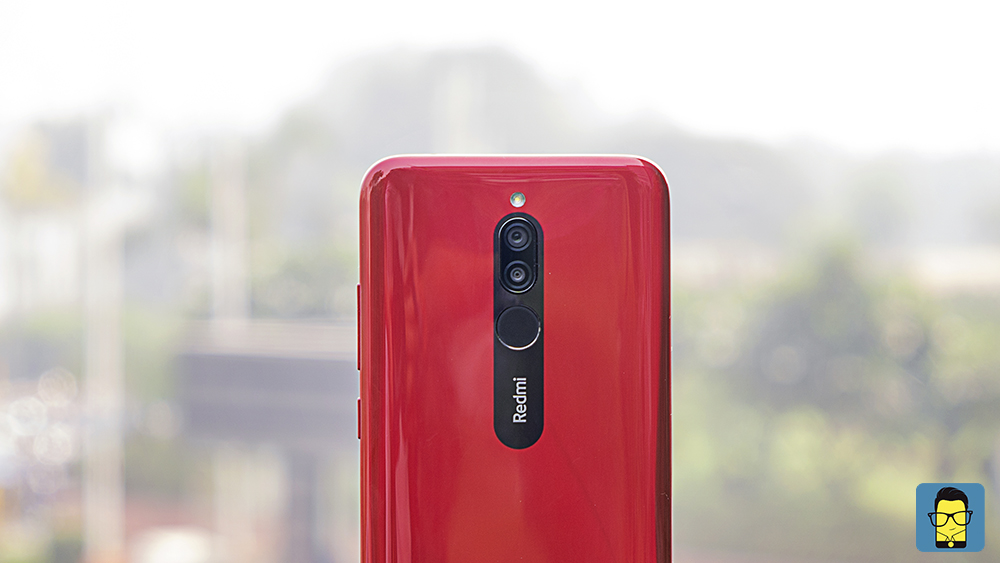 In daylight shots, the Redmi 8 manages to capture decent shots. The colors aren’t extraordinary, but the images look quite sharp, which is good. There is a lot of post-processing happening here since the final image is quite different from the image shown in the viewfinder. Thanks to the depth sensor, the portrait mode also works quite well. The bokeh does look slightly fake, but nothing to make a big fuss about. As for selfies, the camera works well yet again, and I had no trouble in using the Redmi 8 for my Instagram selfie game. The pictures are sharp and are mostly color accurate. 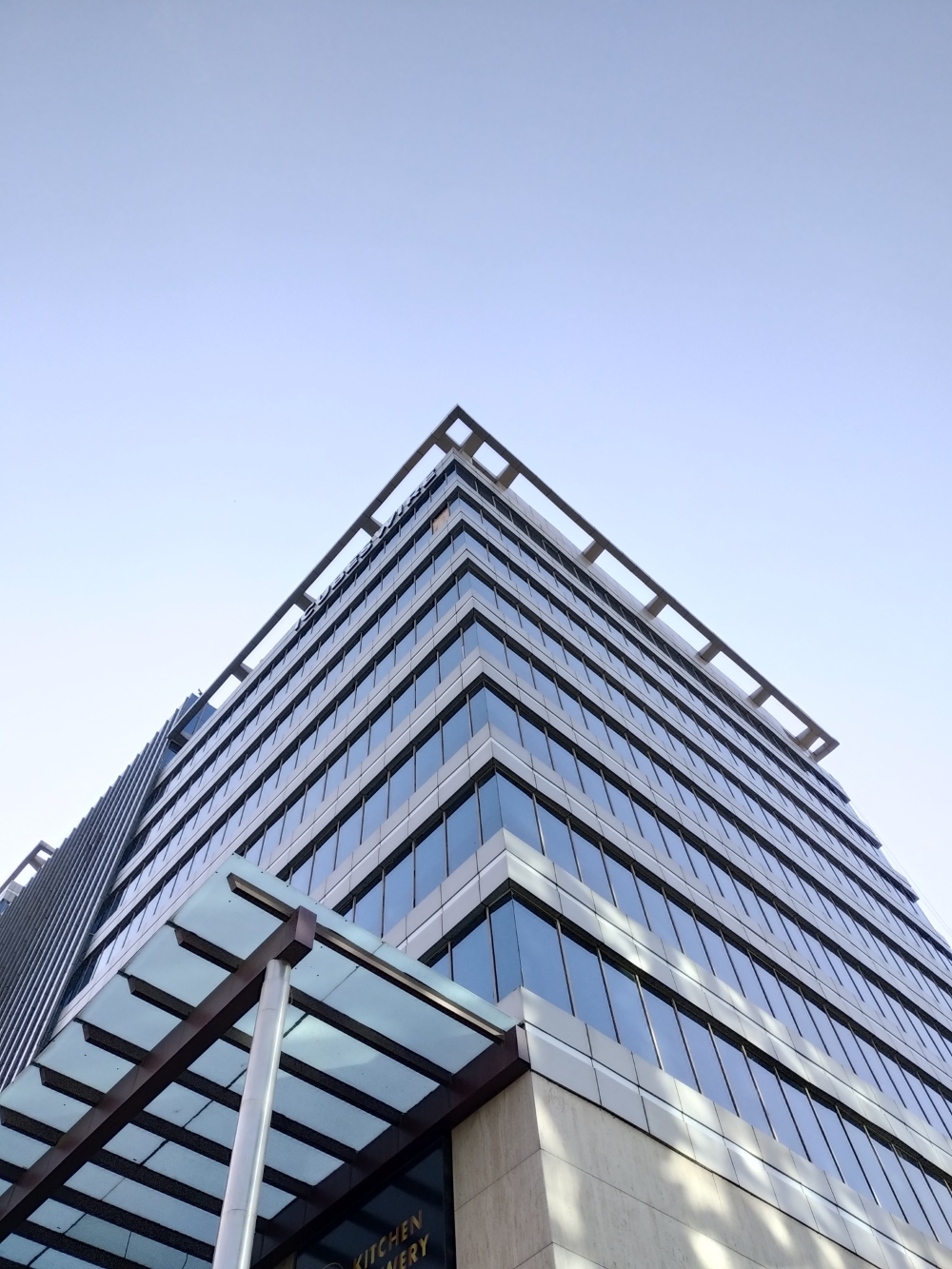 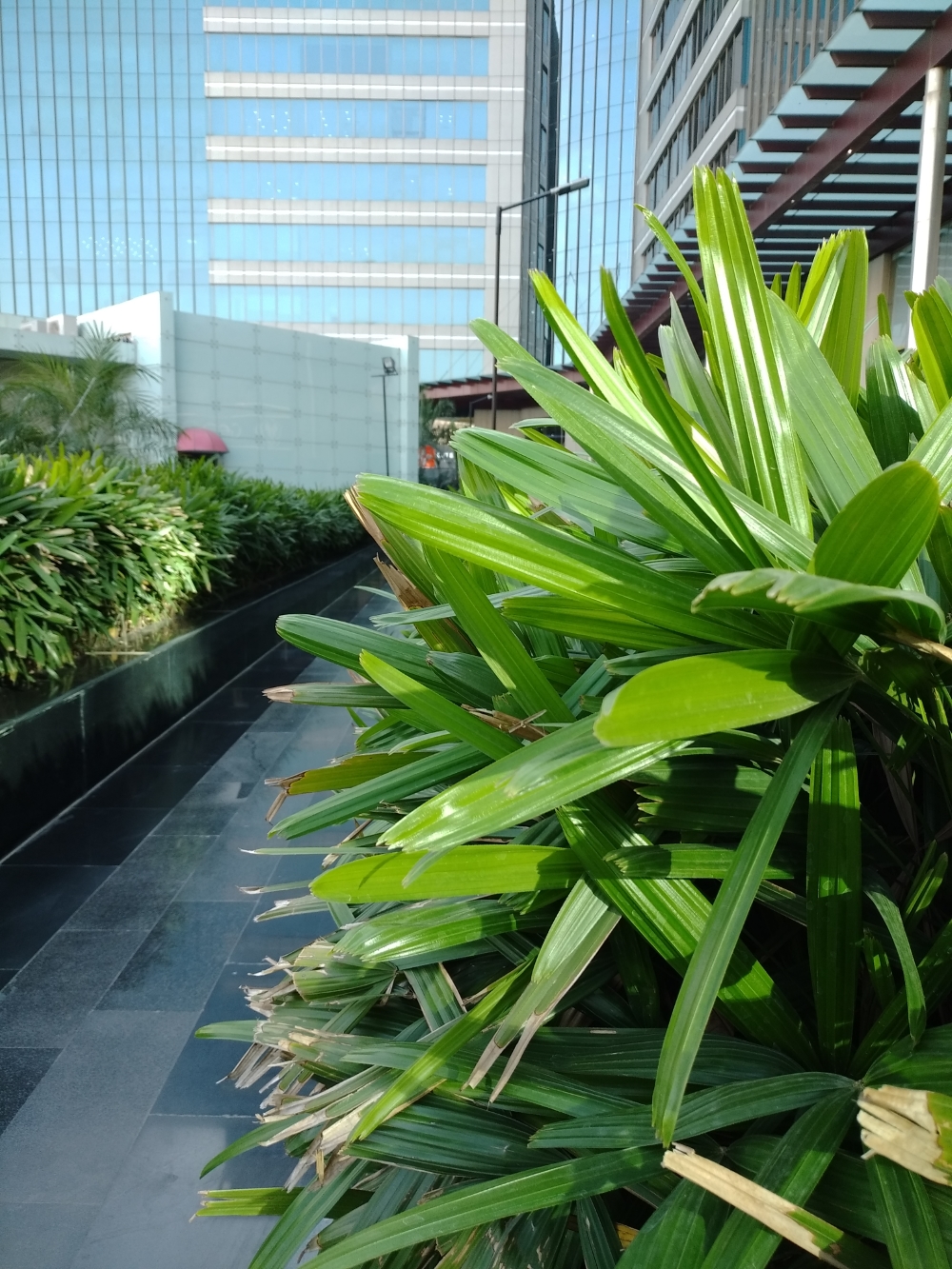 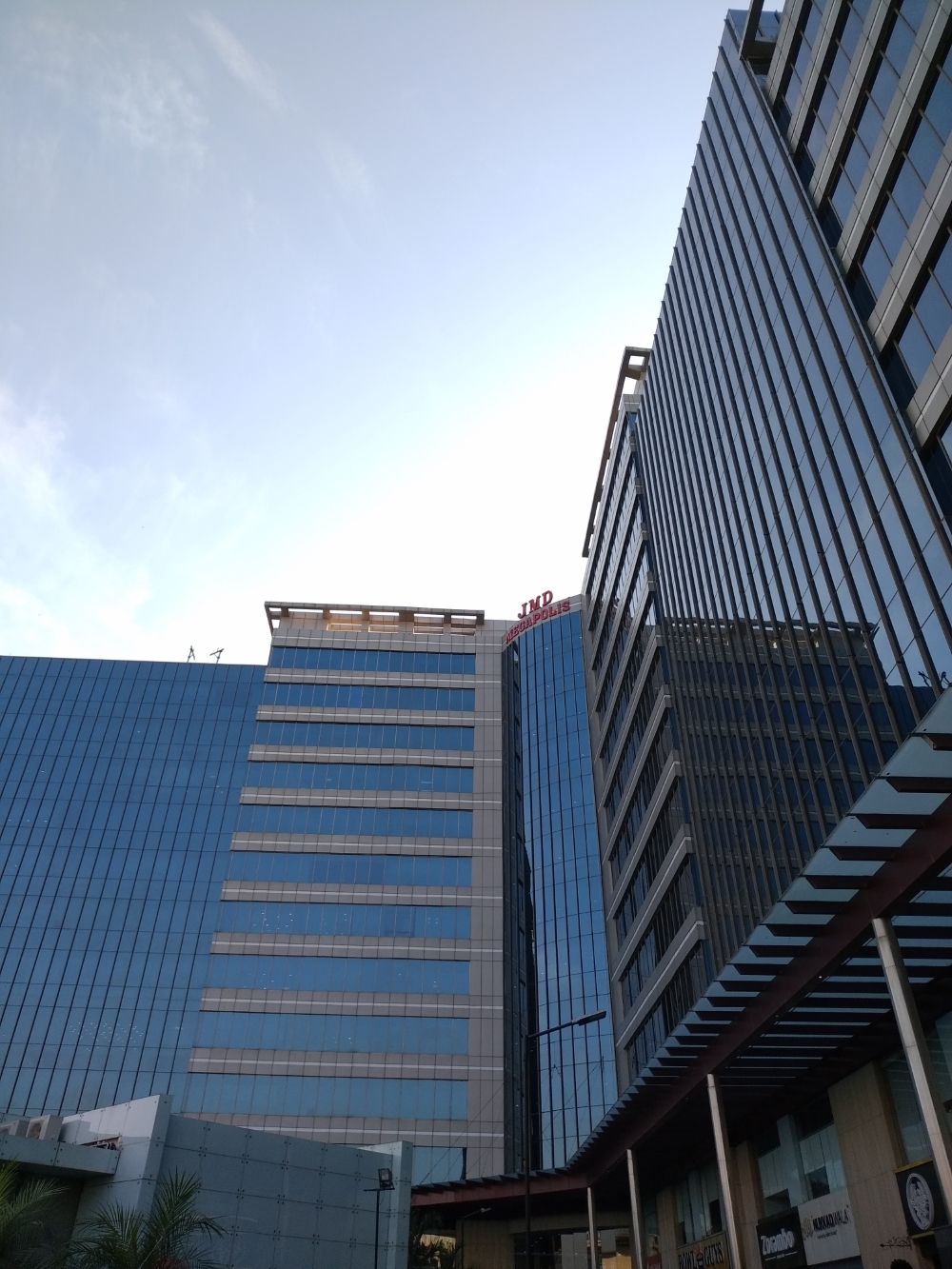 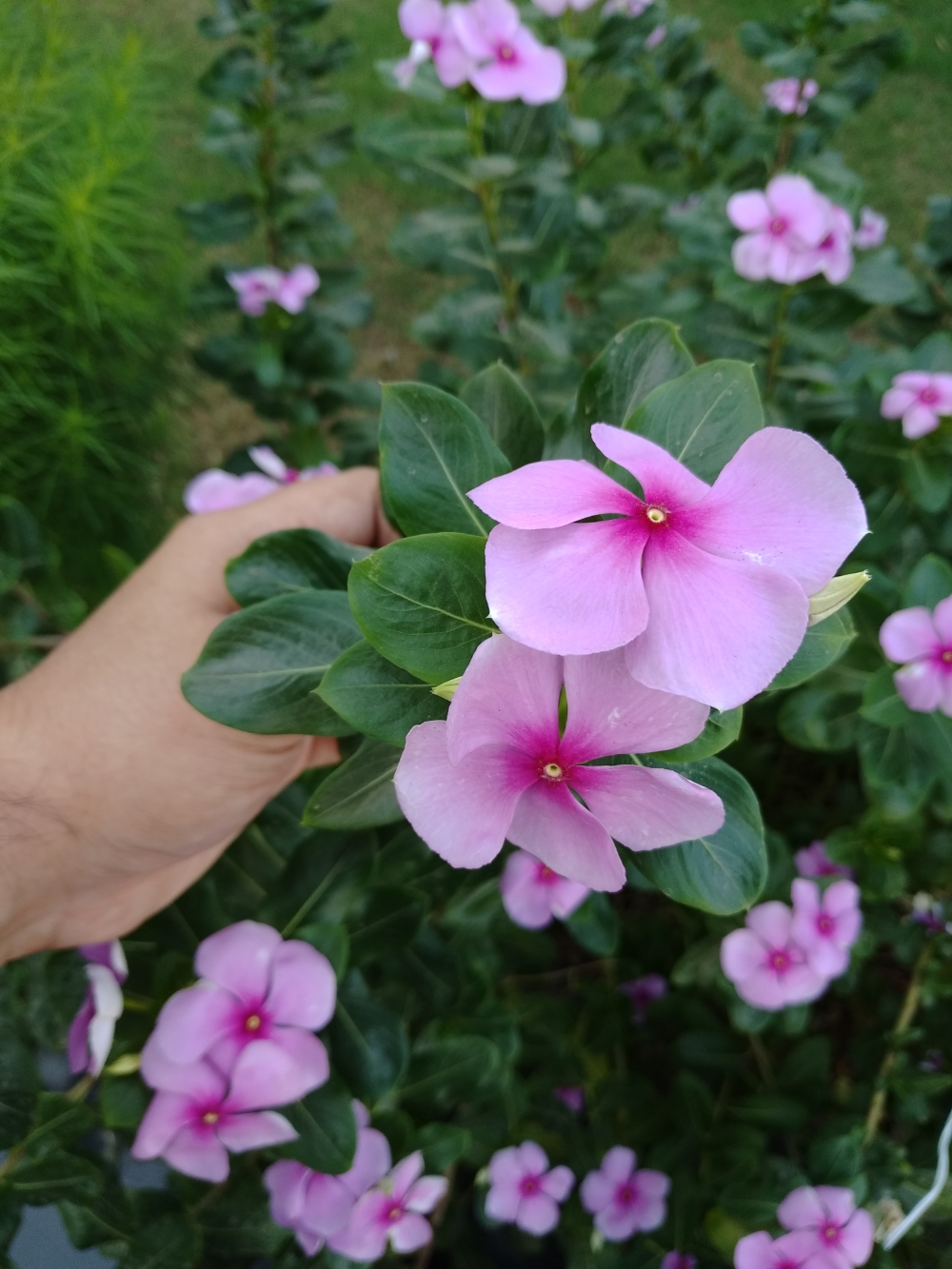 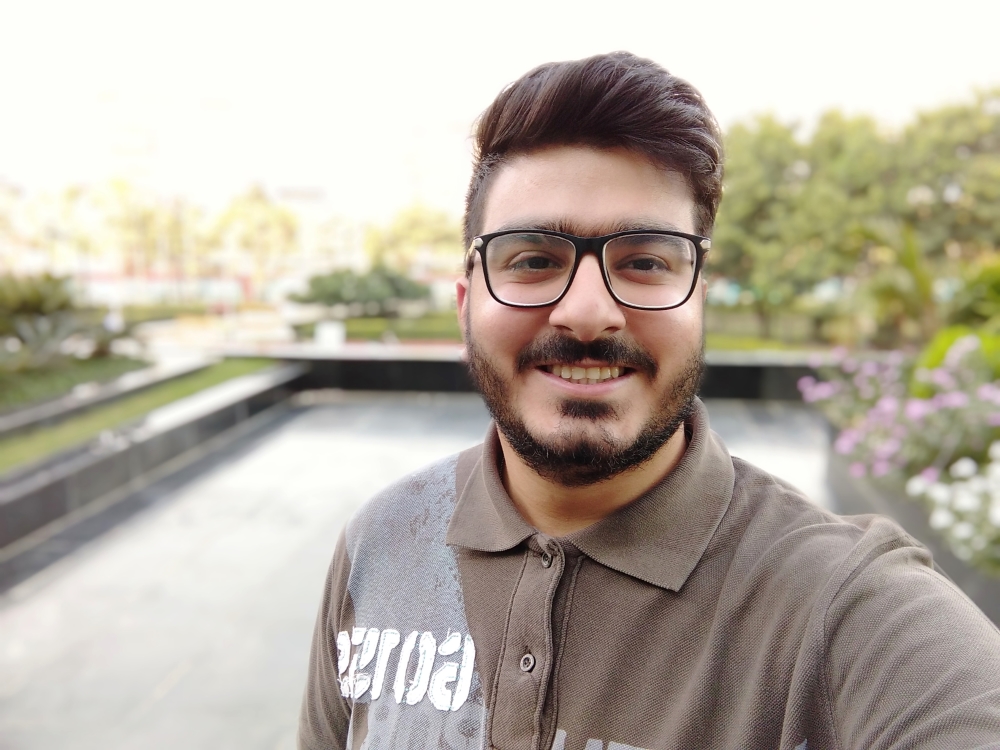 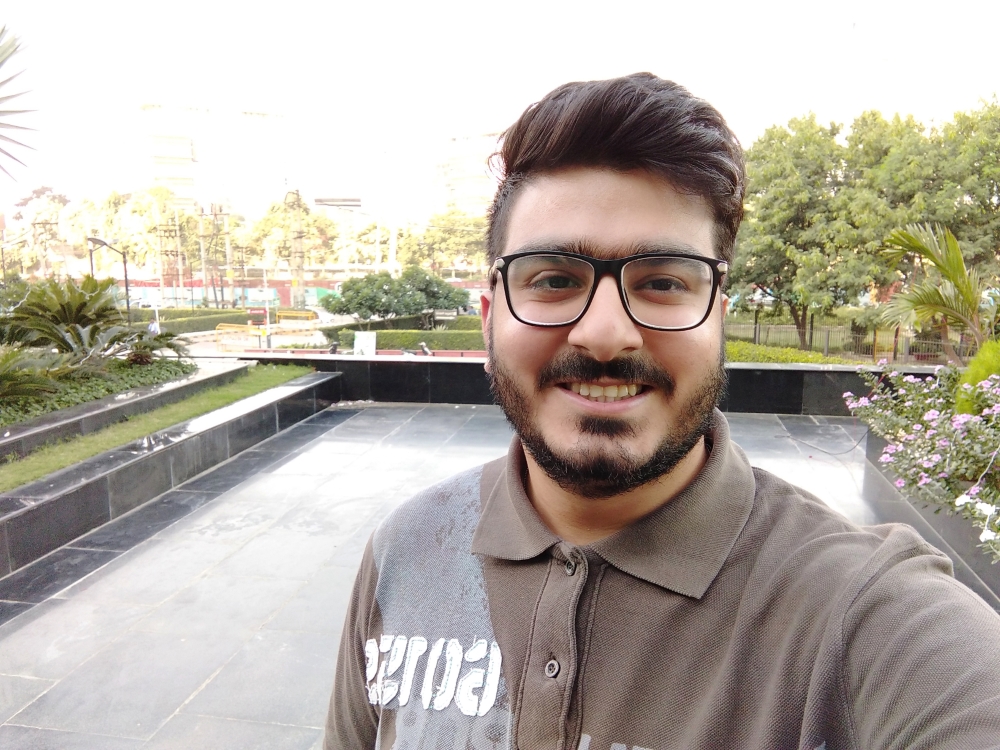 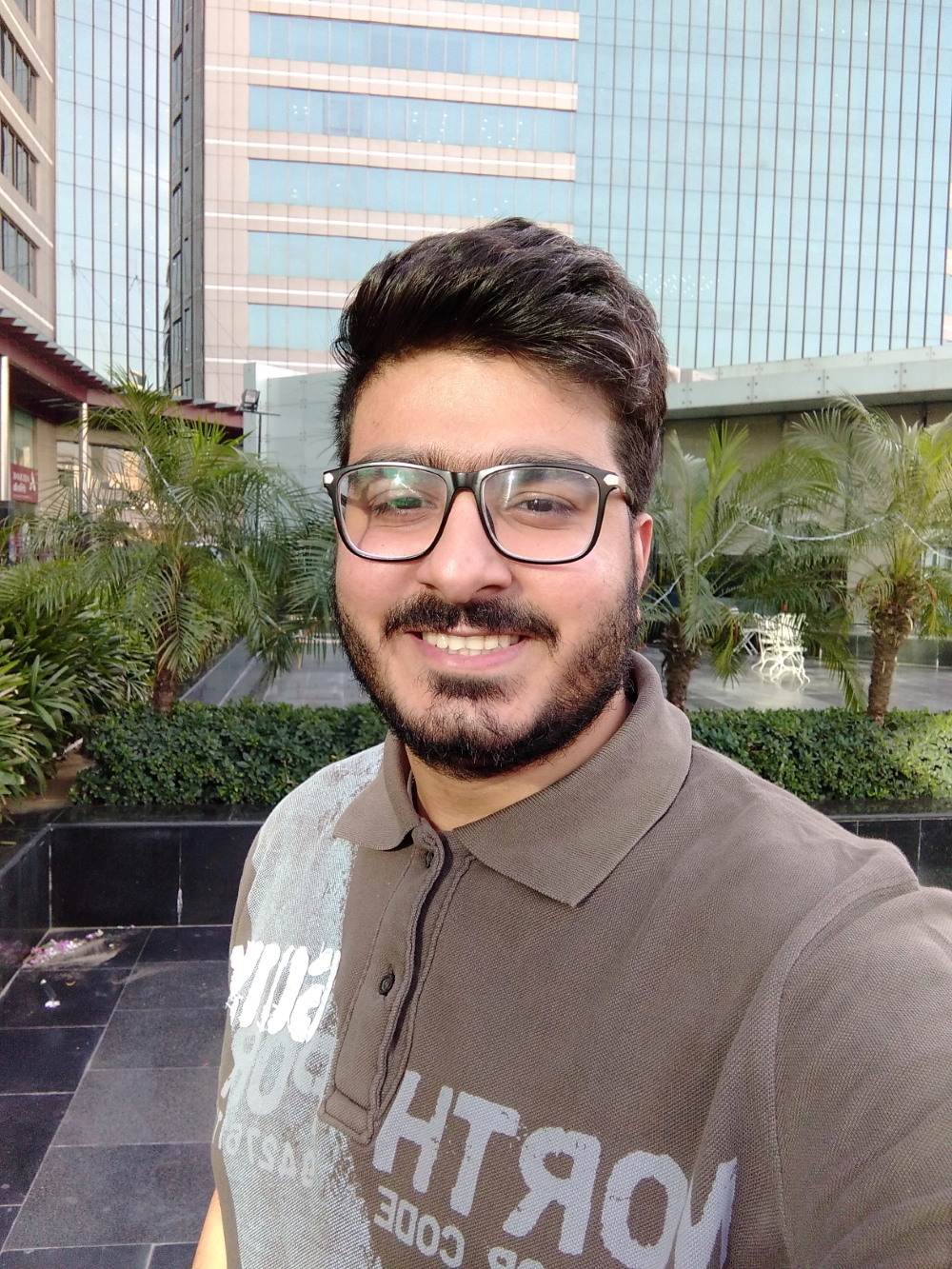 Honestly, for its price, the Redmi 8 offers a camera setup that performs really well. There’s a lot more to it than just the spec sheet and it clearly shows. 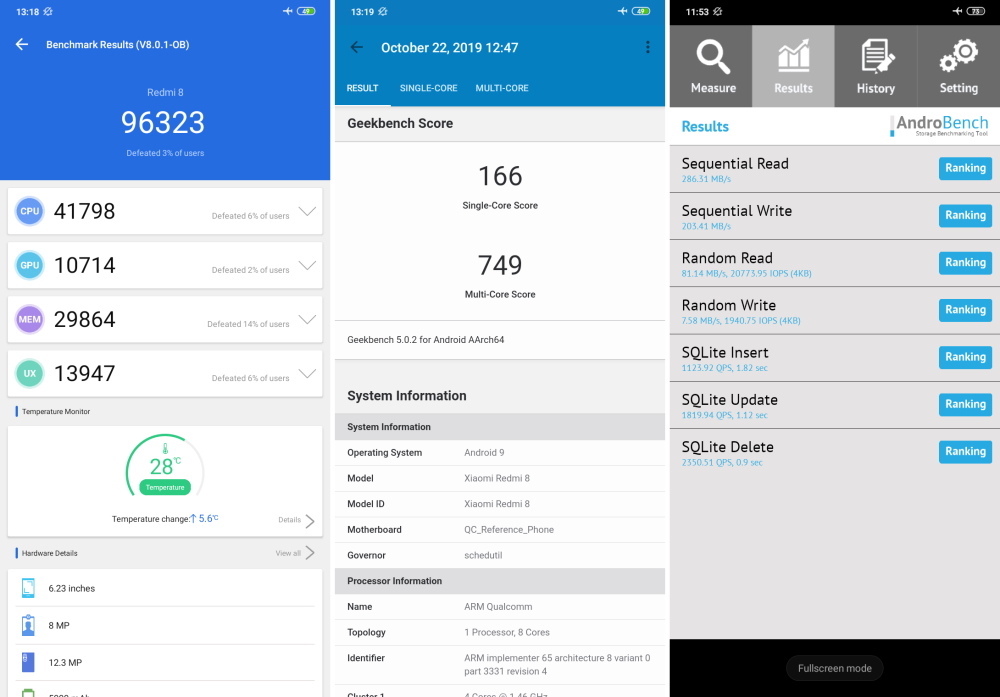 In terms of benchmarks, the Redmi 8 managed a score 96323 of in AnTuTu. Running GeekBench, the device scored in 166 single-core and in 749 multi-core tests. In 3DMark as well, the Snapdragon 439 showed its consistency with a score of 1,214 and 1,516 in OpenGL and Vulkan respectively. As for gaming, it is important to remember that this is a budget device at the end of the day. I constantly used the Redmi 8 for playing PUBG Mobile and Call of Duty: Mobile, and both the games were running on Low Settings with no frame drops anywhere, which is pretty bang for the buck.

Even in day-to-day usage, there was hardly an issue with the Redmi 8. The Snapdragon 439 is a surprisingly great chipset, and apart from the slow app load times, there was nothing missing on this device. We all know that despite its mixed opinions, MIUI as a custom skin is very well optimized.

This one is a no-brainer. 5,000mAh of battery capacity coupled with an HD+ display and a Snapdragon 439 chipset. This thing can go on for days and I’m not even kidding. In my daily usage, which included streaming songs on Spotify while chatting with my friends on WhatsApp and Telegram, and spamming my followers on Twitter, not to forget a couple or two sessions of COD: Mobile here and there, the device actually managed to last almost two days with a screen on time of 8 hours. That isn’t just good, it is absolutely excellent. 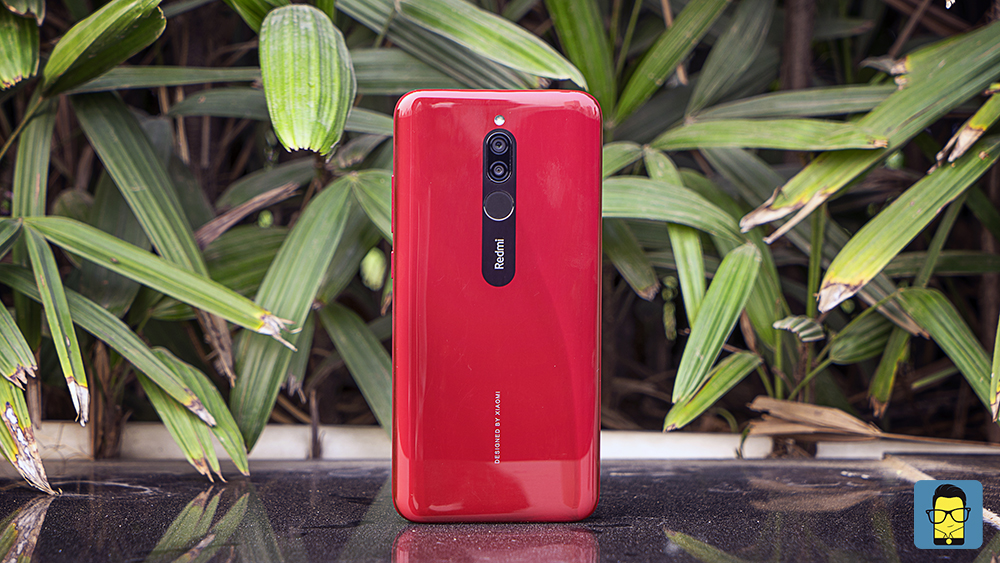 In terms of charging, the device supports fast-charging up to 18W. Sadly, the charger bundled with the device is just 10W, and it takes almost 3 hours to fully juice this device. That is clearly one thing I miss from a flagship device. But truth be told, with a battery that lasts so long, you can pretty much charge this device at night and it would ready for an action-packed day without any hiccups.

Should You Buy The Xiaomi Redmi 8?

Yes. I mean, there are no two ways about it. For its price tag, the Redmi 8 is the closest thing to being perfect. It cuts corners where it is acceptable, such as the lack of a fast charger in the box. There are also ads that a portion of the consumers will find annoying. However, when you consider the entire package as a whole, you really start to see the pros clearly outweigh the cons. The Redmi 8 is a beautiful device that holds up quite well in terms of performance and battery life as well. 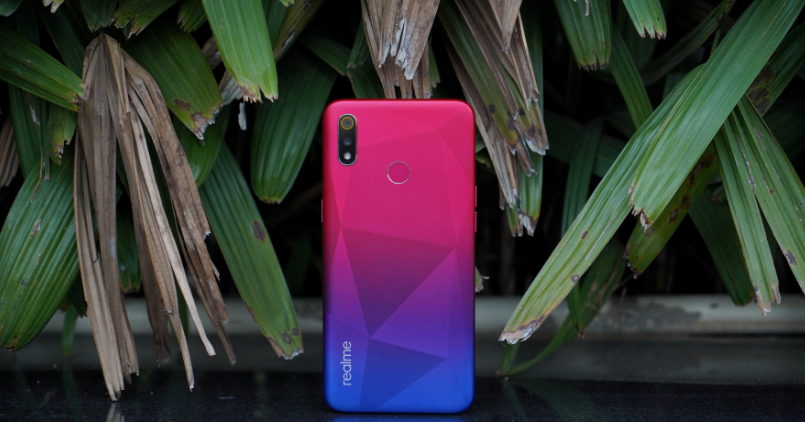 It is evident that the Redmi 8 goes head-to-head against the Realme 3i, priced similarly at Rs. 7,999. The Snapdragon 439 is evidently a better processor than the Helio P60 on the 3i. That said, the camera performance of the Realme 3i is slightly better than the Redmi 8. In the end, it’s a close call. However, despite the ads, I think I would still pick the Redmi 8, for MIUI is any day better than ColorOS, and as an overall package, the Redmi 8 feels a bit more polished.