Home | Tech News  | Xiaomi Redmi 9 coming to India on August 27, could be a rebranded Redmi 9C

Xiaomi Redmi 9 coming to India on August 27, could be a rebranded Redmi 9C 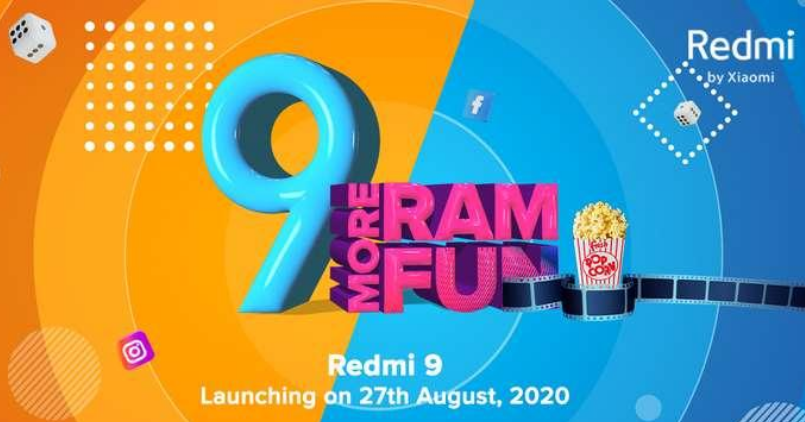 Redmi has been on a roll of launches with its 9 series of devices. Recently, the brand launched the Redmi 9 Prime, resurrecting the Prime moniker. Now, the Redmi 9 will be launching on the 27th of August and it will supposedly be the Redmi 9C with a different name. So, let’s see the specifications of the 9C, followed with it’s Europe pricing for a rough idea of how expensive the device will be in India.

Redmi 9C specifications – Could be Redmi 9?

In terms of the optics, the device features a triple camera setup with a 13-megapixel primary sensor, 2-megapixel macro sensor, and a third 2-megapixel depth sensor. As for the selfie snapper, it has a 5-megapixel sensor in the water-drop notch. There is a 5000 mAh battery with a 10W charger which charges through a Micro-USB port. The colours include Midnight Gray, Sunrise Orange, and Twilight Blue.

The Redmi 9C starts from EUR 119 (INR 10,200) for the 2+32 GB variant although, the device will also come with a 3+64 GB variant and the pricing will be less than 10k considering the Redmi 9 Prime (globally Redmi 9) is priced at 10k in India.
What are your thoughts on the Redmi 9C? What would be the ideal price according to you, considering the specifications and the storage variant? Also, would you consider buying it in the 7-8k segment where the realme C11 is also present, it could also be the Redmi 9’s prime competitor.