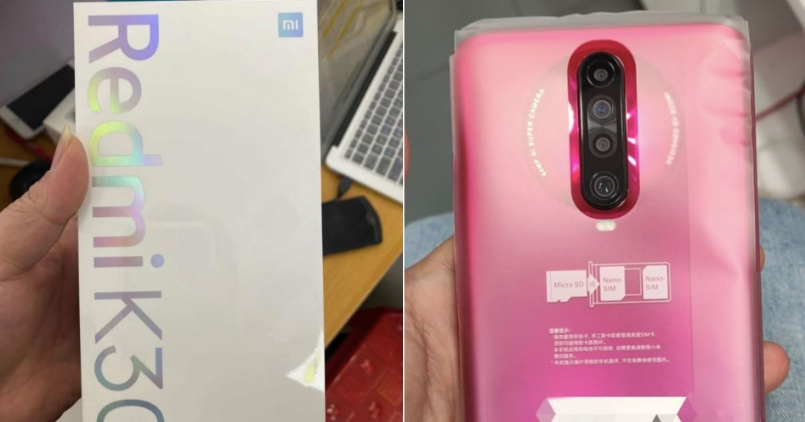 Xiaomi is all set to stir its Redmi flagship ship to the next level as it is set to launch the Redmi K30 smartphone on December 10 in China. The handset lately has been getting a lot of attention as the leaks have started to increase. Yet another leak has popped up online on Weibo, which gives us a live look at the retail packaging of the phone.

Xiaomi Redmi K30 – What do you expect?

The leaked live images of the Redmi K30 show a dual selfie camera set up in a punch-hole display design. While the rear is occupied by the quadruple-camera setup, which is further surrounded by a ring sporting some writing on it. The leaked phone colour is said to be called cherry-pink, which is in line with official renders we saw earlier this month.

What more do we know about the Redmi K30? Well, it is said to have a 3.5mm audio jack and dual-frequency GPS support for better location tracking. The official Redmi Weibo account has been sharing some information about the Redmi K30. The headphone jack has been officially confirmed, alongside the USB type-C and speaker grille. 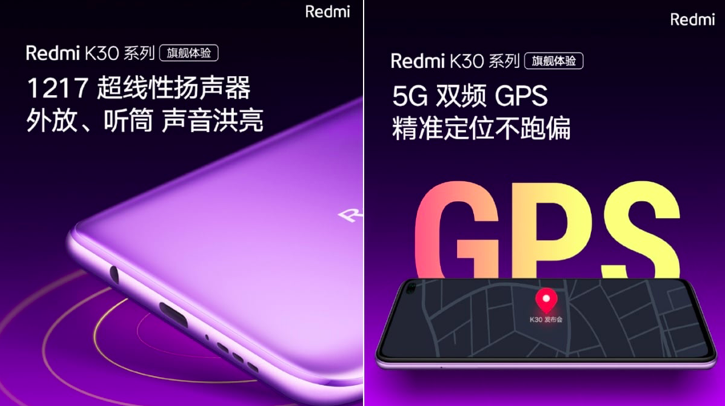 The Weibo post mentions that Redmi K30 will be offering a 1,217 ultra-linear speakers to deliver a loud and clear sound output. Whereas the other poster confirms dual-band GPS for advanced positioning, thus offering better navigation.

Alongside K30, Xiaomi is set to bring a range of other new products including router, Bluetooth speaker, and a Laptop. Plus, expect Xiaomi to introduce a 5G variant of the K30 smartphone at the launch event. Stay tuned to Mr. Phone website for more updates on this.