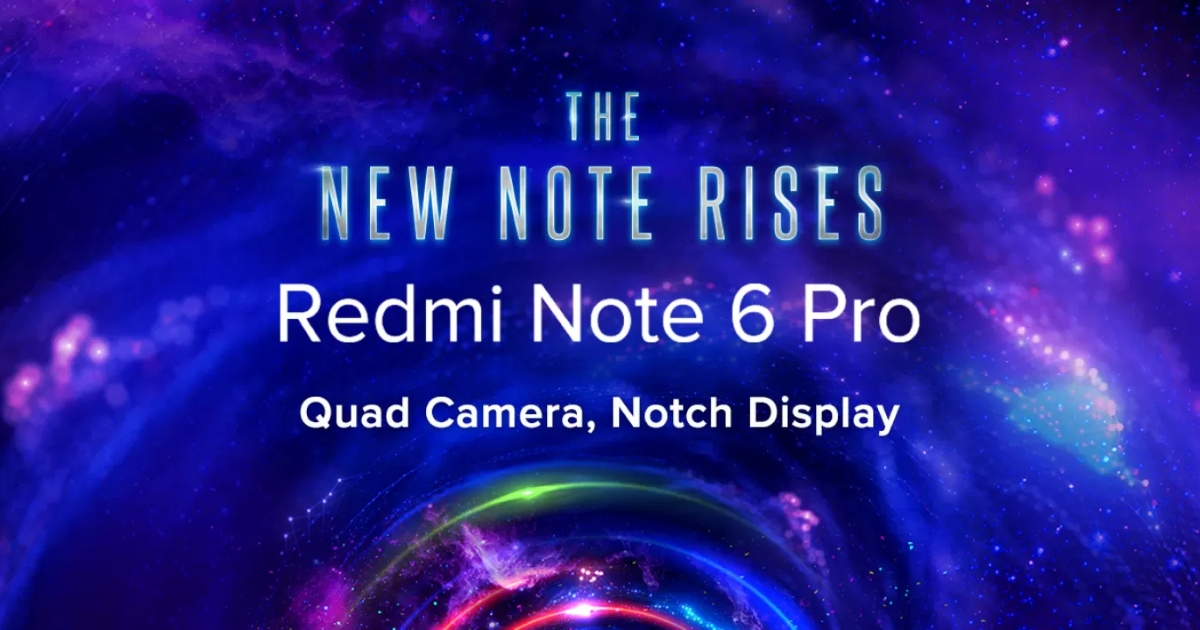 The Redmi 6 series from Xiaomi has been doing well lately in the country. That being said, the Redmi Note 5 Pro from the previous series still remains the best selling device in India. Well, Xiaomi is betting on surpassing that success with the Redmi Note 5’s successor. The company is gearing up to launch the Redmi Note 6 Pro in India. What’s more is that it will be available the next day of its official launch.

The Xiaomi Redmi Note 6 Pro comes with a 6.26-inch full-HD+ (1080×2280 pixels) IPS LCD display with a notch at the top. Under the hood, there’s a Snapdragon 636 SoC coupled with 4/6GB of RAM and 64GB of storage. As for cameras, there’s a dual 12MP+5MP setup at the back. There’s also a 20MP+2MP shooter up front for the selfie enthusiasts. Powering the entire setup is a decently sized 4,000mAh battery.

The Xiaomi Redmi Note 6 Pro will be launched on November 22 in an event to be held in New Delhi. The smartphone will be available for sale on both Flipkart and Mi.com. What’s more is that it will be available for purchase on the next day only, that is, November 23. The device will be sold as part of Xiaomi’s “Black Friday Sale”. As of now, there is no price known yet. That being said, the phone was launched in Thailand at a price of THB 6,990 (~Rs. 15,500) for the 4GB/64GB variant. As such, we can expect similar pricing for the Indian market.