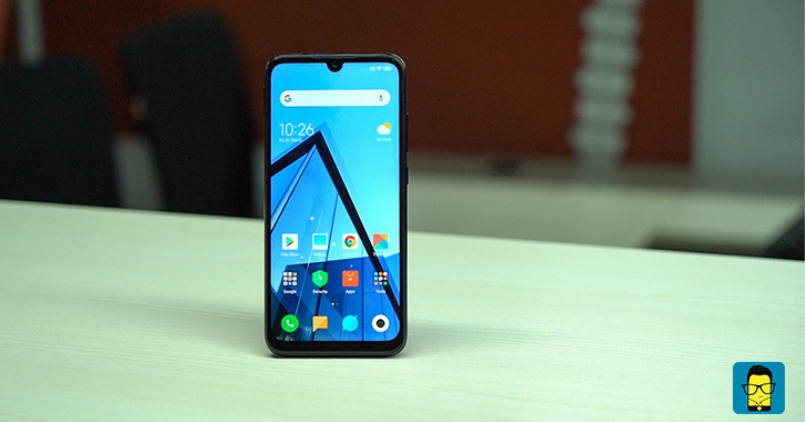 Xiaomi is all gear up to bring more affordable smartphones into the market. After releasing the Redmi Note 7 and Note 7 Pro in India, the brand is going to introduce the Redmi 6 successor, the Redmi 7. As General Manager of Redmi, which is now a separate brand, Lu Weibing posted on Weibo profile that the phone is coming on March 18. Now we have got the confirmation of the next Redmi phone. Let’s talk about the Redmi 7 specifications.

Before we talk about the specifications, you would be happy to know that Lu Weibing also showcased what Redmi 7 would look like. Yes, alongside the launch date, there are a couple of teasers shared as well, which gives us a first official clear look at the upcoming Redmi phone. 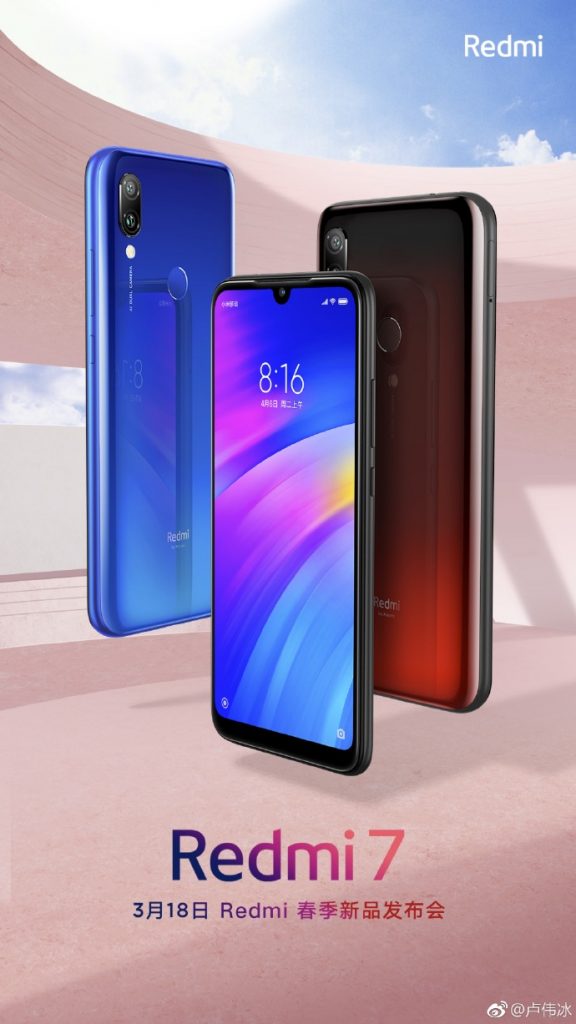 Talking about the Redmi 7 design, it indeed looks like the new Redmi Note series. Sporting the similar waterdrop notch, dual rear camera setup, gradient colours, rear-mounted fingerprint sensor, and a bottom chin. Of course, the dimensions would vary and it is likely to sport small display size compared to Note series.

Taking a look at the expected Redmi 7 specs, it is said to sport a 6.26-inch HD+ display and could be powered by a Snapdragon 632 processor, which is a mid-range processor. It is believed to arrive in three configurations; 2GB + 16GB, 3GB + 32GB, and 4GB + 64GB. A battery capacity of 3900mAh and Android 9 Pie based MIUI 10 is expected to be present.

Further, the launch could also see Redmi Note 7 Pro launch in China, which was first unveiled in India on February 28. What do you guys think of the Redmi 7 launch in China? Would you like to see this in India as well? Let us know in the comment section below.