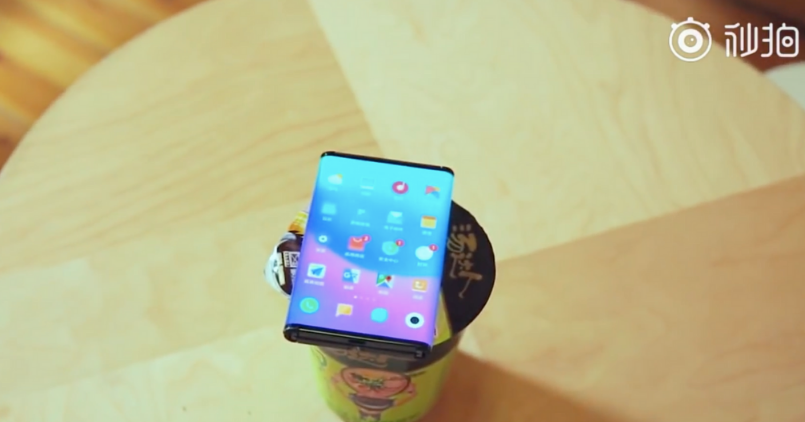 This year can be easily called up as the year of the foldable phone. They might not bring as much as sales for the brand this year, but the race in the industry has already started, and it will only continue to get a crowd over the year. Because ultimately, it could be the future of smartphones. Yes, that’s where the mobile industry is likely to head if not other avenues.

And in wake of this trend, Xiaomi has shared yet another video of its prototype foldable smartphone. The video is dubbed as Xiaomi Mi Fold promo video, and you can see that large display and fold up in action. It doesn’t give you much but leaves you enough to ponder upon.

Xiaomi has earlier given us the detailed look of the phone, by none other than its Founder Lin Bin. Again, its foldable phone appears to sport dual-foldable design, which is unlike the phones like Samsung Galaxy Fold and Huawei Mate X has showcased. With this expect two creases as per the prototype video showcase. This has been the talk of the town as far as the limited production of the two fold-able phones announced so far.

With Xiaomi trying to double-fold its, the handset manufacturer may end up offering a more unreliable foldable smartphone. Although, it is too early to pass the comments on the Xiaomi’s foldable phone, which will eventually be announced by the brand. But looking at the videos Xiaomi officials have been posting on Weibo, we may either get it sooner, or it may be the brand keeping its hype alive to stay on the mouths of the enthusiasts.

That they should not onboard the Samsung or Huawei foldable trains, but rather wait for Xiaomi to pull the socks off these two brands as it aims at an aggressive foldable phone design. Coming to the cost, Xiaomi is known to be aggressive in that field as well. Which is also one of the reasons the company might be hoping its users would understand.

So a delay in the Xiaomi foldable phone is fine as far as the brand promise to keep the real thing as close to as its prototype product showcased in the videos shared by the brand as of today. What do you guys think about it? Let us know in the comment section below.