YouTube App is back on Amazon Fire TV, Prime Video app is now live on Chromecast 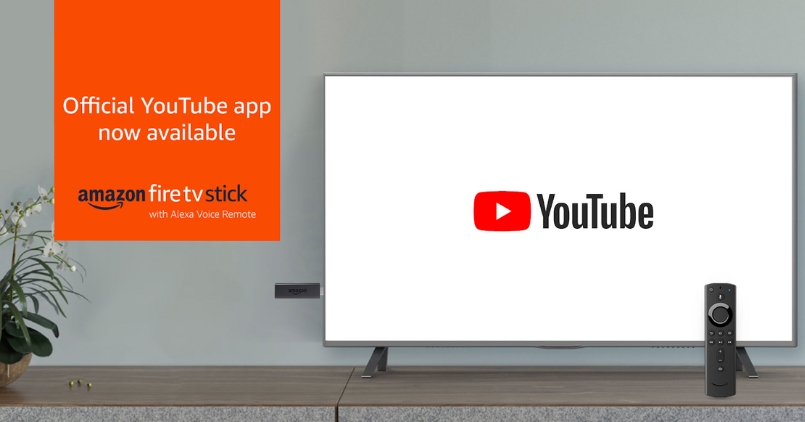 Today, Amazon has announced a couple of interesting news bits. Starting with the official YouTube app available on its Fire TV devices – 4K and 1080p sticks. The Prime Video app is now made available on Chromecast devices. Plus, the Televisions powered Android is also set to be able to install the Prime Video app as the Android TV support application is released as well.

The application that has been absent for quite a time because of cold fight that brewed between Google and Amazon. The Fire TV consumers have been suffering a lot, while they did had the workaround to access YouTube on a stick, all thanks to FireFox and Silk Browser. Which offered the web application optimized for the TV experience.

Customer owning a Fire TV stick can now find the official YouTube app in the “Your Apps and Channels” section. The company teases the official app is now better than ever as it now offers Alexa voice control. A couple of weeks ago, Amazon announced the Alexa Voice assistant support for its FireTV range devices, as it also refreshes the remote. Now you can voice command like, “Alexa, open YouTube” and then operate the application further using voice commands for play, pause, rewind, and fast-forward. The new YouTube app will be the default YouTube experience for customers using a compatible Fire TV device, effective immediately.

There is good news for Chromecast as well as Android TV users. The Prime Video app is now available on both of the platforms. Thus, now allowing access of a huge library of movies and TV shows, available at one click. Note that, to enjoy Prime Video on your chrome cast device, you’d have to download the latest prime video app from Google Play Store/ Apple App Store.