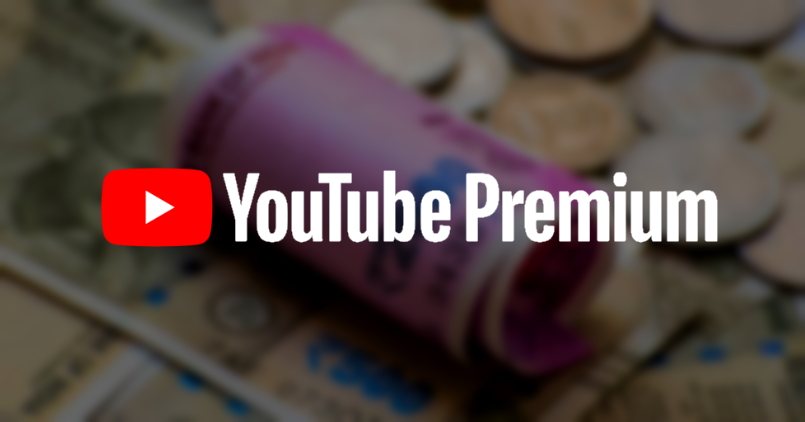 In a world full of competition between Spotify and Apple Music, YouTube Music’s entrance to the Indian market seemed like a really good move. For a really competitive price point, you get access to not only YouTube Music but also the ad-free version of YouTube itself. While that sounds like a great deal, things are different across multiple OSes. In fact, if you’re using YouTube Premium on your Apple iOS device, there is a chance that you might be paying more than the rest of the users out there. Here’s why.

YouTube Premium is more expensive on iOS than Android

When YouTube Premium was launched in India, it was launched at a price tag of Rs. 129/month. However, that isn’t the case for iOS users. In fact, if you head over to the YouTube app and try and apply for the subscription service, you’ll see that the price for iOS users is actually Rs. 169/month. You can check the screenshots below of the same account taken on a OnePlus 7T Pro and an iPhone XR for comparison. 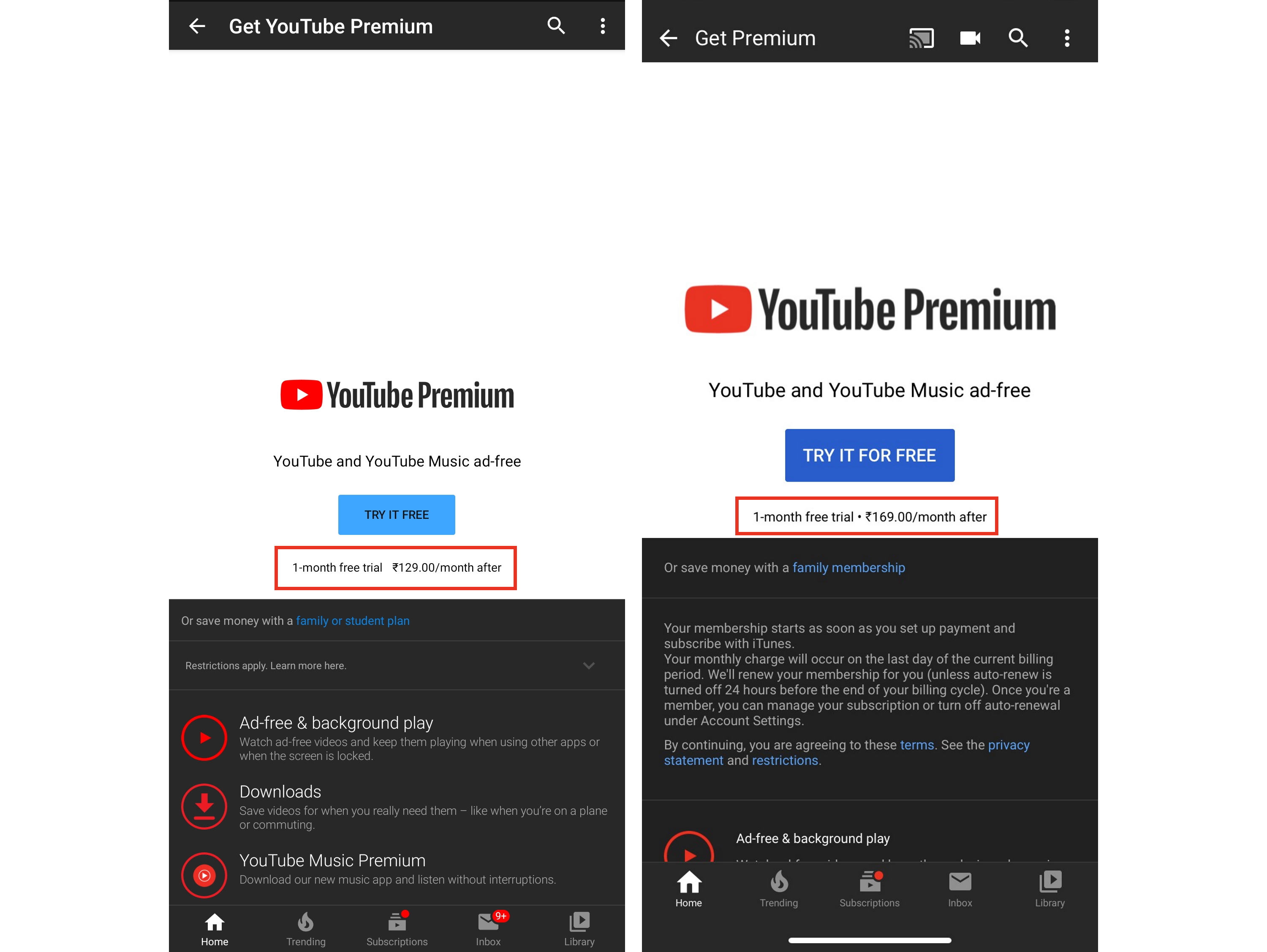 The story carryforwards even if you wish to subscribe to just YouTube Music. While on Android the membership costs just Rs. 99/month, for iOS, users will have to shell out Rs. 129/month. 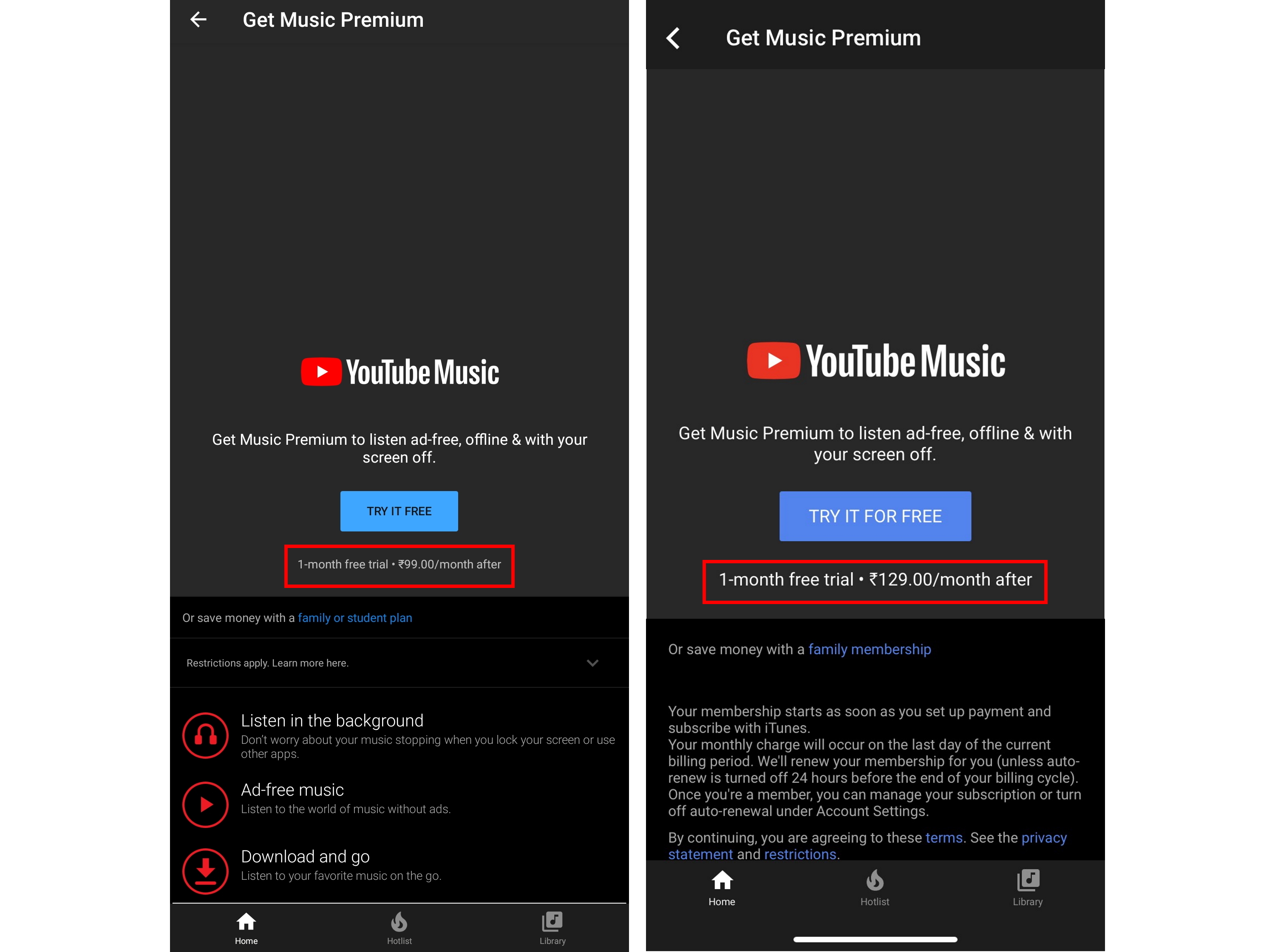 If you’re an Apple user who’s actually been paying Rs. 169 per month for a while now, it is understandable that you must be furious. But why is YouTube Premium more expensive on Apple? Well, the thing is, for every purchase you make via the Apple App Store, Apple actually charges a fee. So in order to still stay afloat, Google has hiked its prices on the Apple App Store. Considering that most users never venture out of the App Store, it happens to be a very smart strategy from the company. That is, till the time you actually start comparing.

Now that you know, you must be wondering how to get YouTube Premium at the same rate as everyone else. Well, as it turns out, the process is pretty simple. Just head over to YouTube on a web browser and manage your subscription over there. As you can see below, when accessing my YouTube account even on Safari, the price shown to me is Rs. 129/month. Which is the way it should be!

Go ahead and save those forty rupees!

Well, that’s about it. It’s a pretty smart strategy that Google has adopted to overcharge its iOS consumers, and to be honest, most of the users aren’t even aware of this. Nonetheless, now that you’ve read this, you know how to save some precious money on your YouTube Premium subscription. For more tips and tricks, make sure to stay tuned to Mr. Phone.