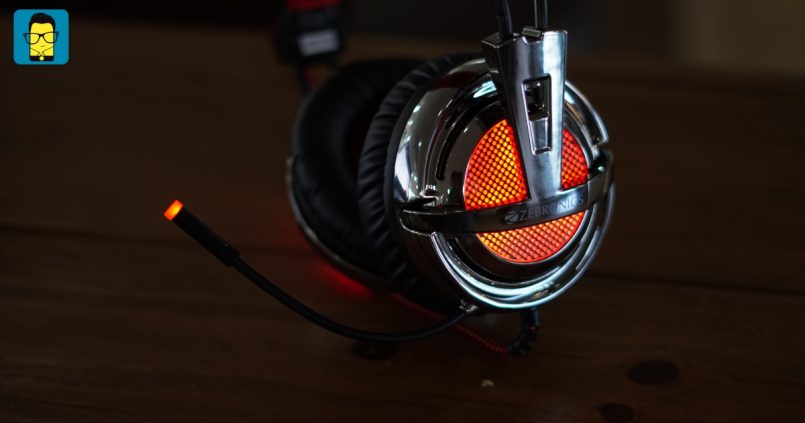 Being a gamer, I already have access to a plethora of gaming accessories out there. And I can easily tell you that audio is one of the most crucial elements in gaming. Be it single player or multiplayer, having a right pair of headphones can make all the difference. The market currently is obviously quite crowded, with plenty of options from Corsair, HyperX, Logitech, and more. However, Zebronics, a home-grown brand, wants to make its mark in this segment as well.

The company recently sent me their Orion gaming headphones to review, and after two weeks of dedicated usage, I certainly have some thoughts to share. Well, let’s find out if the Zebronics Orion Gaming Headphones are worth your buck or not.

Okay, first things first, the Zebronics Orion has a very unique look. As such, it looks nothing like its competition out there. That said, it may or may not be a good thing depending upon your preferences. The focus for the Zebronics Orion has clearly been on comfort. The headphones feel super lightweight, and one could easily have them on over their head for a very long time. However, that wasn’t the case for me. Yeah, I have a comparatively big head, and unfortunately, there is no option to adjust the size of the headphones. Bummer.

Also, the next thing here is the added RGB flair. Sadly though, I don’t really mean it in a good sense. The RGB here is outrageous and super flashy. I wish Zebronics would have provided me with an option to control it to my liking. I had to resort to the custom modes set in the controller, and that wasn’t up to my liking. Trust me, I’m all in for #RGBEverything. However, the way Zebronics has implemented that here is something I barely approve of. 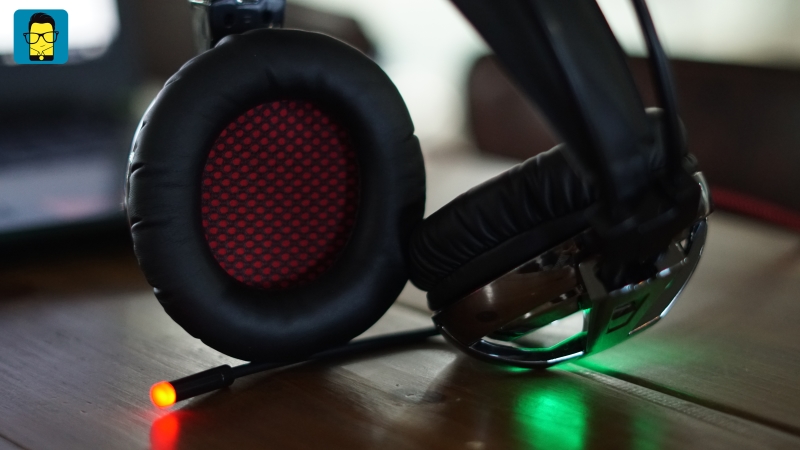 Next, there is the microphone, which has a disappointing design language of its own. First off, it’s too small. Secondly, even though the cable is said to be flexible, it doesn’t roll behind you thus always being in your way. Also, this little red LED in front of it? I genuinely despise it.

Now, I’ll get to the performance aspects in a bit, but so far, the design language has more or less failed to impress me. Yes, it is all very lightweight and comfy. However, it is also too darn flashy. That said, I do know certain people who may fancy this bizarre style, so to each one his own.

Now, the design is one thing, but performance is another. Let me try and first make you understand how newcomers tackle the market of gaming headphones. You see, you can either make the perfect gaming headphone, or you can make one that is focused for a certain kind of gameplay. That certain kind being either Single Player or Multiplayer. If you’re a gamer and you’re reading this, I certainly hope that you understand the difference between the two audio scores. In single player, the audio is supposed to be cinematic, adding to the depth of the storyline. However, for multiplayer, it is all about player positioning. You need to know where the gunfire is coming from, where the player is moving, and what not to gain the tactical advantage over your enemies. And well, the Zebronics Orion is specifically designed for the latter. 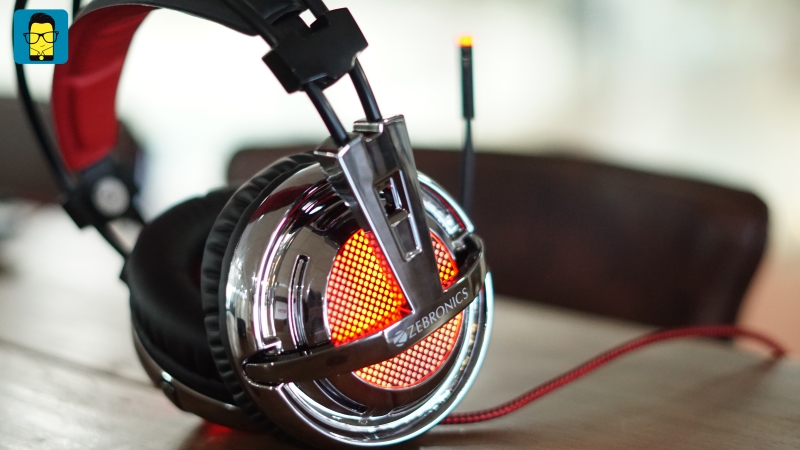 Thanks to its USB interface, the Orion headphones provide a simulate 7.1 surround sound effect. Simulated is the key term here since the actual audio isn’t half as good as a proper 7.1 surround sound system. That said, it does manage to give you an edge over your enemies. I tried comparing these headphones to my daily driver, the HyperX Cloud Stinger, and surprisingly, the surround effect was better on the Zebronics one. And that is definitely saying something.

A major reason for me picking the HyperX Cloud Stinger was that those are one of the few Discord-certified headphones in this price tag. Well, Zebronics hasn’t got any such certification, but that doesn’t mean it’s bad. In the design segment, I mentioned how the mic is always in your way. Well, it pretty much aids its performance. While playing Battlefield V and chatting with my squad over Discord, none of them had any distortions from my end. Moreover, the audio levels can be boosted with Windows’ drivers, so there’s that too.

Not for anything other than gaming, though 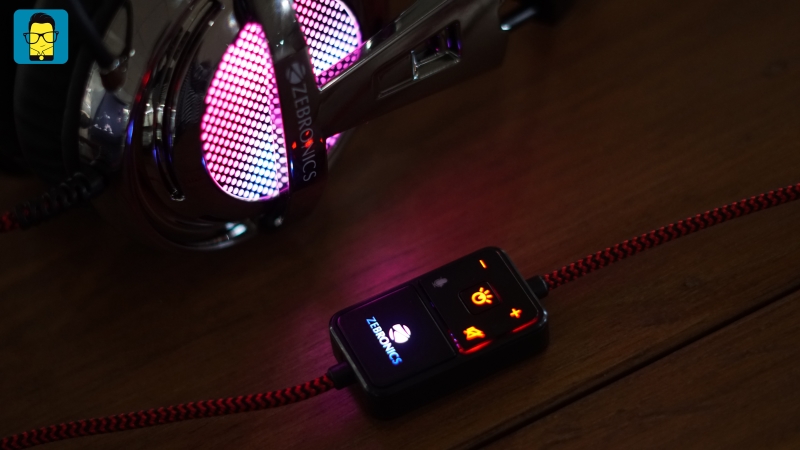 To put this in a nutshell, the performance of the Zebronics Orion gaming headphones is good. Good. But I hardly think I can say anything extra for that. The overall audio experience on this is just sub-par. The vocals sound rather enhanced, but other than that, everything feels quite flat. The simulated 7.1 surround effect does come in effect, but it doesn’t make a massive difference. Personally, I like to use my headphones for a little audio binge streaming as well. Being a bass lover, I was instantly let down by the lack of any noticeable bass on the Orion. That does exist in terms of gaming too since the lack of bass does take away the punch out of those heavy sniper shots. That said, the headphones are still good enough to recommend if your use-case is multiplayer gaming and just that.

Also read: Grado GW100 review: the best bluetooth headphones no one should buy

The Zebronics Orion Gaming Headphones are good for multiplayer gaming, as I’ve said multiple times. And I could pretty much recommend them to anyone out there, had the price been slashed in half. The Orion headsets are priced at Rs. 4,999, which is pretty high. At the time of this writing, Amazon is selling it at ~Rs. 3,500, which again, is kind of expensive for the experience on this. In comparison, you can get the HyperX Cloud Stinger (~Rs. 3,700) or the Corsair HS50 (~Rs. 4,400). Both of these headphones are Discord-certified and offer best-in-class audio experience. The only thing that the Zebronics has in its favor is the USB interface and the addition of RGB. Personally, I prefer USB over 3.5mm for serious gaming, but that in itself is not enough for me to recommend the Orion over its competitors.