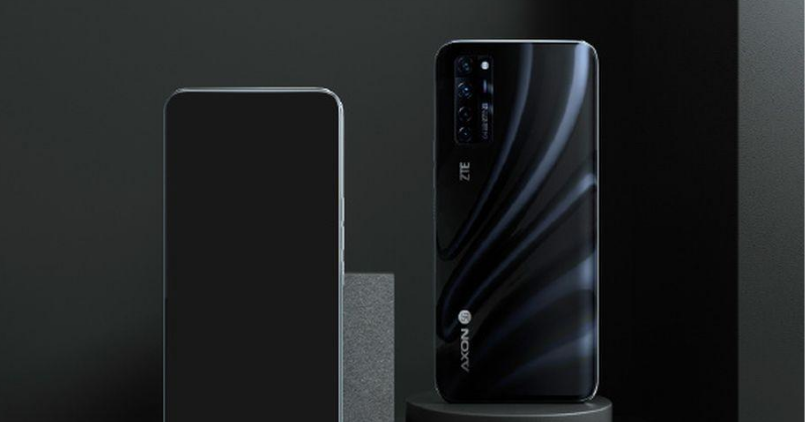 As mentioned in a separate article on our website, ZTE has already announced that it plans to introduce and launch the world’s first phone with an under-display camera, which will also be mass-produced for increased sales. The device will also have support for 5G, but the USP is the under-display camera, which to date was just wishful thinking. What has been revealed in the post? Let us discuss the same about the ZTE Axon 20 5G.

In the render, you can see that the device, which will be called the ZTE Axon 20 5G, will be equipped with an under-screen camera since we cannot see any notch cutout or any punch-hole to the top. There is a hint of bezel towards the bottom, which is something that is present on each and every phone. The back has also been showcased with the text sideways, meaning the cameras may be good since camera focused devices have the text in that manner.

As for the optics, we can see a quad-camera setup too, with a gradient finish, something that can be seen in almost every device in 2020. For reference, this post was shared by ZTE’s president of mobile devices, Ni Fei on Chinese social media network Weibo. This is not the first time that an under-screen camera has been discussed since, Oppo and Xiaomi have talked about the same in numerous instances but, we have not yet seen a finished product for the masses.

Do note, however, ZTE has not specified as to whether the device will be available globally so, at least in the initial days, we will only see this limited to China.

What are your thoughts on this device? Did you like the design? If in case it comes to India, would you consider buying it? Let us know in the comments below.